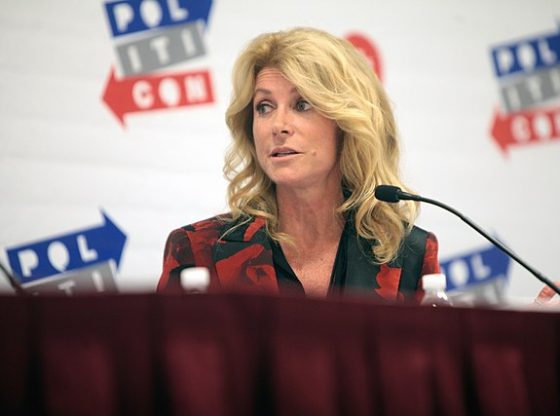 Wendy Davis, a former Texas state senator and abortion activist, asked a federal court Tuesday to block the state heartbeat law in a new lawsuit, arguing that it violates her free speech.

The pro-life law bans abortions once an unborn baby’s heartbeat is detectable, about six weeks of pregnancy, and allows private individuals to sue abortionists and others who “aid and abet” abortions in violation of the law. Pro-life leaders estimate as many as 17,000 unborn babies have been spared from abortions since the law went into effect in September.

Abortion activists have filed several lawsuits to block the law, but none have succeeded yet.

Davis’s new lawsuit argues that the pro-life law has been a “nightmare” because it violates her free speech and due process rights, the Texas Tribune reports. Davis works with the Lilith Fund, a pro-abortion group in Austin that is named after a demon.

God needs to stop her worthless life. TERMINAL DISEASE would be warranted.