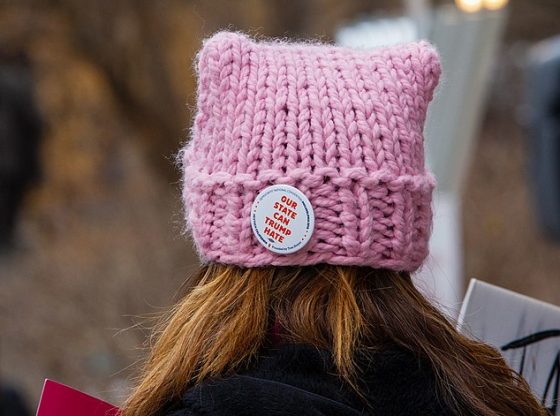 Pro-abortion protestors have resorted to violence and intimidation tactics in the wake of the Dobbs v Jackson Women’s Health Supreme Court draft opinion leak. The opinion, if finalized, would overturn Roe v Wade, leaving abortion legislation to be determined by individual states.

Enraged abortion supporters rioted in cities across the west coast, including Los Angeles, where protestors threw rocks and bottles at police, Portland, and Seattle, where Antifa protestors carried a sign that read, “Burn our rights, we burn ur state.”

Rioters have broken windows and started fires, spray-painted graffiti, and attacked journalists over the course of the last few days. Pro-abortion protestors have also assaulted pro-lifers outside of the Supreme Court. Businesses were vandalized at a Portland State University protest; one man was arrested for reckless burning and disorderly conduct. Sacred Heart of Mary Catholic church in Boulder, CO, was heavily spray painted with pro-abortion slogans, as this video shows. The pro-abortion group Ruth Sent Us has similarly called for abortion activists to storm Catholic churches during Mass this Sunday, May 8th.

A Pregnancy Resource Center in Portland was also targeted by pro-abortion activists – its windows were smashed and vandals graffitied “F*** CPCs” on the exterior of the building after an abortion supporter insinuated in a tweet that Portland-area pregnancy centers should be targeted.

BREAKING: Antifa pro-abort men are attacking and putting out hits on pregnancy centers in Portland, OR. Because it drives pro-abort men to violent rage to think that women will have support to choose life. pic.twitter.com/Oomlr6EGUg

They want to get violent? LOCK and LOAD! Extermination of murderers is totally justified and constitutional.

“”Ruth Sent Us?” Well, where Ruth is now, she would definitely want to have a chance to change her mind about abortion! She is visiting Harry Blackmun and Teddy Kennedy and it’s definitely not a party!

Well, first let me say that these DemonRATS are mentally deranged. I say that because if someone looks at me and tells me that “Ruth sent me,” and Ruth is dead and in the grave, then I am automatically thinking that this person is a wacko or some kind of soothsayer. Secondly, that explains their physical violence. Someone who thinks a dead person sent them is capable of the type of violence they are exhibiting. Watch out, people. Not only do they murder innocent children, but we may also be next in line.

Well, first let me say that these DemonRATS are mentally deranged. I say that because if someone tells me that ‘Ruth sent them,’ I am going to ask them where Ruth is. And if they tell me she is dead, then I know I am talking to a quack or a soothsayer. Secondly, their mental derangement explains their violence. Not only do they violently kill innocent children, but they are also capable of killing anyone else. Listen, folks, you and I had better watch out for these demented people. We may be next on their hit list.

Need more cops who aren’t afraid of these crazed people. If they can’t control them then get the NG to help out. Whatever it takes to keep these crazies from destroying more private and public property and lives. Lock them up.

This nation has rejected the truth of God; therefore, God has rejected this nation which has been turning away from God since at least the 1920s or earlier.
God heard the voices of many Christians and gave up the greatest of all president, Donald J. Trump after the worse of the worse of all presidents, obama; and what did this government of the people do but became even more wicked than ever before, lying, cheating, stealing, and even killing to regain the presidency.
The stench of this government’s sins and that of the people has reached the heavens and they have been weighed in the balances and found in want of righteousness.
God will allow fire to fall from the East to the West to cleanse this land of the blood that has been shed by approx. 70 million of the most innocent of all life in the wombs of their mothers.