Cordileone Gets Backup From Other Bishops After Pelosi Communion Ban 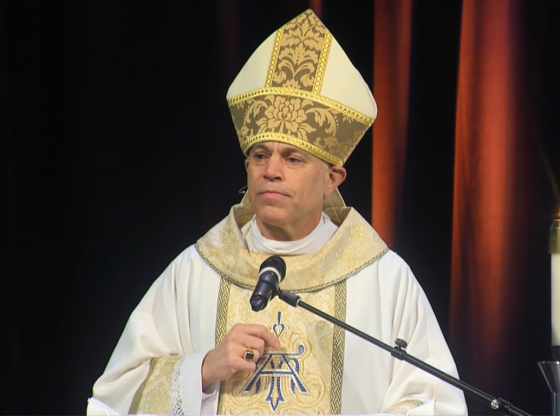 Catholic bishops are coming together in support of Archbishop Salvatore Cordileone after he barred House Speaker Nancy Pelosi (D-CA) from receiving Holy Communion in light of her stance on abortion.

On Friday, Cordileone issued a letter saying because of Pelosi’s stance on abortion and her recent calls to protect access to abortion at the federal level, she should not present herself to a priest for Communion at Mass.

A growing number of bishops across the country are expressing their support, saying the ban should follow Pelosi regardless of which parish she attends.

“I have visited with the pastor at St Helena, [California] and informed him that if the Archbishop prohibited someone from receiving Holy Communion then that restriction followed the person and that the pastor was not free to ignore it,” said Bishop Robert Vasa of the Diocese of Santa Rosa. “The new Canon (1379 §4) makes it clear that providing sacraments to someone prohibited from receiving them [has] its own possible penalties.”

Read more at the Washington Examiner.

Other bishops and dioceses who came to the defense of Archbishop Cordileone include the Diocese of Oakland, California, as well as bishops from Colorado, Illinois, Nebraska, Oklahoma, Texas, Washington, and Wisconsin.

I fully support and earnestly commend Archbishop Cordileone’s action in regard to Speaker Pelosi. All politicians who promote abortion should not receive holy Communion until they have repented, repaired scandal, and been reconciled to Christ and the Church. https://t.co/TTncsZWVu2

Looks like Pelosi sold her soul to Satan. You do know that Satanists are now backing the Democrats in the abortion battle which is a battle for human life.

Not just a few, but ALL BISHOPS should come out and support Archbishop Corleone.
My coward archbishop is silent!!!

Please check your email address on other sites. I receive emails from [email protected] with the same article that you have, but am unable to open.