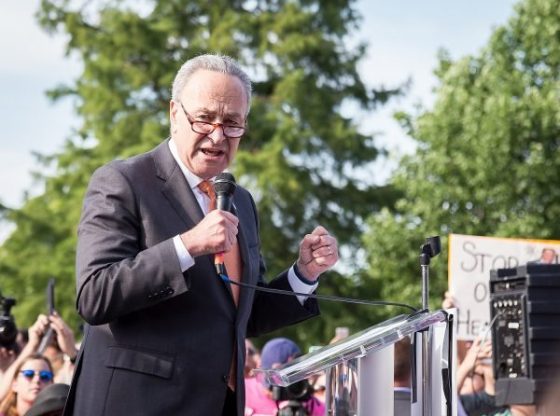 Some 48 Republican members of the Senate have signed a letter telling Democrat Leader Chuck Schumer they will filibuster any legislation forcing Americans to fund abortions.

Earlier this year, Joe Biden and Senate Democrats put together a budget plan to eliminate the Hyde Amendment and force Americans to fund abortions for the first time since Hyde became official in the 1970s. Although Americans are forced to fund the Planned Parenthood abortion business and its global abortion agenda with their federal tax dollars, Americans have not generally paid for abortions with their tax dollars since Hyde became an annually adopted provision in Congressional spending bills.

The Hyde Amendment has saved at least 2.5 million babies from abortion and it enjoys the support of a majority of Americans — including people who support abortion. But Democrats have desperately been trying to eliminate it and eliminate more unborn children.

In March, pro-life Republicans — along with Senator Joe Manchin, the only pro-life Democrat — forced Democrats to withdraw their objections to Hyde in order to get the current spending bill moving forward to fund the federal government.

I think it’s time for a deep dive audit of what happens to remains of aborted babies at Planned Parenthood or other abortion clinics. There has got to be a REAL reason why far left leadership is so dead set on promoting/subsidizing the murder of unborn. My gut feeling is that the real reason is even worse than “Eugenics”.

It’s actually already happened, at least in a journalistic sense. The perpetrators of the ‘deep dive’ journalism have been prosecuted, served with a disreputable laundry list of FELONIES for daring to investigate and criticize GOVERNMENT.