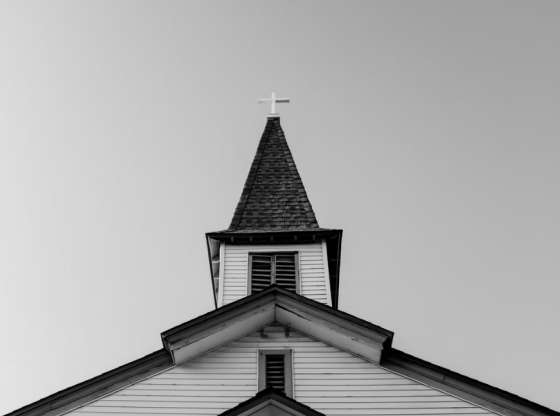 Since a draft opinion on the pending Supreme Court case Dobbs v. Jackson Women’s Health Organization was leaked on May 2, some abortion advocates have been vandalizing churches and disrupting religious services in protest. This past weekend saw more of the same as activists with RiseUp4AbortionRights stormed services at Joel Osteen’s Lakewood Church in Houston, Texas, on Sunday, June 5, and attempted to disrupt priestly ordinations at the Cathedral of St. Mary of the Assumption in San Francisco on Saturday, June 4.

According to the Catholic News Agency, activists with the RiseUp group’s Austin-based affiliate invaded Lakewood Church during Osteen’s sermon on Sunday. They shouted expletives and the slogan “my body my choice” and stripped down to their undergarments before being escorted out of the building.

The choice of Osteen’s church as a protest site was perhaps not an obvious one, as the pastor and his church are not necessarily known for taking a hardline stance on the issue of abortion.

Across the country, activists representing the same RiseUp4AbortionRights umbrella group attempted to interrupt the ordinations of the Archdiocese of San Francisco’s newest priests on Saturday. However, they were thwarted from this purpose by counter-protestors from Pro-Life San Francisco and church security. Both had advance notice of the pro-abortion group’s protest, as that group had tweeted about the action two days prior. Church security directed protestors to the nearby plaza, where they remained for about an hour and a half, according to Pro-Life San Francisco activist Anastasia Rogers, who was present.

Two abortion activists stripped to their underwear in protest during a service led by Joel Osteen in Lakewood Church in Houston, Texas. They shouted, "my body, my choice" interrupting the service. pic.twitter.com/bws4GyG7Su

Pro-Abort Arrested After Threatening Supreme Court Justice’s Life
Biden Threatens ‘Mini-Revolution’ in November if Roe vs. Wade is Struck Down by Supreme Court

Stripping sluts just reinforce our knowledge of these godless heathen.

We are now witnessing the true Democratic party and what it stands for. Just as these godless Satanists who went into the House of God and took their clothes off, any individual who voted Democratic walked into the House of God with them. You cannot be a Democrat and support the killing of babies and go to heaven. I pray that God will soon destroy these Satanists from the face of the earth.

These flashers always scream “my body, my choice” but ignore opposition voices who object to paying the tab. Perhaps the counter chant should be “my money, my choice.” Fact is, abortion is not the business of government. Consequently, these ignorant strippers are on shaky ground to demand taxpayer money to fund their issue.

For those who haven’t heard me say it before, this is a private matter between obstetrician and patient.