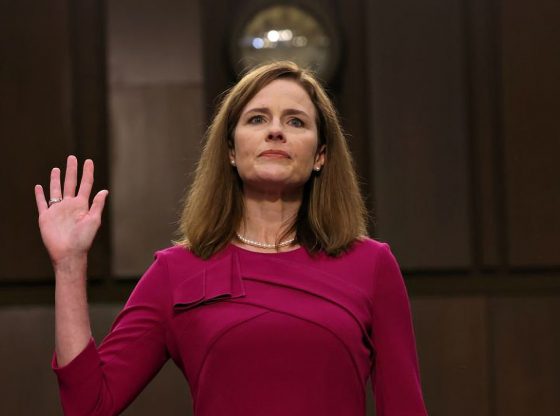 The young children of two conservative U.S. Supreme Court justices now are being targeted in online posts by a radical pro-abortion group – adding to growing fears about violence from radical abortion activists.

The pro-abortion group Ruth Sent Us mentioned the children of Justices Brett Kavanaugh and Amy Coney Barrett in posts on Twitter after being linked to an assassination attempt on Kavanaugh’s life earlier this week, Townhall reports.

In May, Ruth Sent Us, named after the late Justice Ruth Bader Ginsburg, posted the home addresses of the conservative justices online publicly after news broke about a leaked draft ruling showing the high court overturning Roe v. Wade this summer.

“If you’re in the DC metro area, join us. Our protests at Barrett’s home moved the needle to this coverage,” the pro-abortion group wrote. “Falls Church is a People of Praise stronghold. She sends her seven kids to a People of Praise school that she sat on the Board of Directors for. She attends church DAILY.”

Since the addresses of the Supreme Court Justices are known. Maybe we the People should go and protect them. The Government refuses to uphold the the laws. It’s time for the People to do the job. Just saying!

So, the people who want to kill unborn children want to hurt the justices children. This unequivocally proves just how SICK these animals really are. Get a life folks. Surely you can do better!

Maybe SCOTUS will have open season on baby killers! Not too bright exposing yourselves.

The re-instituted scarifice of the 1st born is what abortion is all about…a component of the revival of the mystical religion of Babylon.

Yes. Absolutely! There is nothing new under the sun.

These radical for abortion mobsters are
the ones who desire mass murders, 1st
they kill the unborn then they want to kill
SCOTUS because they are the true domestic
terrorists. Isn’t it interesting that Kavanaugh
& Barrett are conservative? If they were liberal
the left loonies wouldn’t be looking to kill them, they would be protecting them. Their
hypocrisy smells to the high heavens. Every
one of them will pay for their crimes com-
mitted. Go’s is not mocked, whatever a man
sows that he will reap also.

It is a sad state of affairs when Justices of the land need to be sequestered in a Witness Protection Program to shield them from the Mob.

It is a shame that these pro-abortion people were not aborted themselves. That way we would not have to listen to all this nonsense about how it is okay to kill a baby.

Seems these nuts strolling around banging drums and bucket bottoms are disturbing the peace. I wonder if neighbors have sleeping children. We all know these lefties are breaking laws and local authorities simply refuse to enforce them. Common sense would suggest that aggrieved residents would be justified to physically annoy their tormentors. Perhaps mix it up with force.

RBG would NEVER have supported this BS. It is illegal. Garland impeachment on first day of new Congress. He won’t be the only one.