Protesters blocked the intersection of First Street and Constitution Avenue beside both the Capitol and Supreme Court buildings on Wednesday afternoon. Capitol police arrested 181 people after giving multiple warnings to demonstrators, the department said in a Wednesday tweet.

Chu said it was “an honor” to be arrested.

It was an honor to be arrested alongside these young women who are fighting tirelessly to protect our right to abortion. It's going to take all of us, but we will prevail!#FightBackForFreedom pic.twitter.com/5yb95YCqBR

I think that any time a Congressional leaders knowingly violates the law and are arrested that they should have to forfeit their seat. Whats fair for the goose, and is good for the gander. The Dems have tried to impeach Trump for what they call ‘high crimes and misdemeanors’-Colluding with a Russian and a Ukrainian political leader but they (the Dems) didn’t have any evidence. Now, you have a Dem Congresswoman who was directly involved with breaking the law and even stating that “it was an honor to be arrested.” She should absolutely lose her Congressional seat after court proceedings are completed against her.

And the word “abortion” should just be replaced with “murder”…..”to protect our right to “murder” which is exactly what it is.

That’s right it is murder

Need to abolish the democratic party

There is no democratic party. It is the communist party. They will try to call themselves socialists but that is the same thing. I think we should round up all of the democrap leadership and charge them with treason. 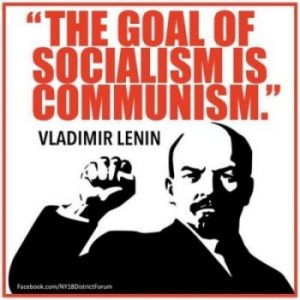 I’ve noticed that pro-aborts are really ugly and/or fat. Ugly for sure inside, but they are so gross on the outside as well.

It’s astounding, isn’t it? There isn’t a man on Earth that would touch one of these hoglets with a ten-foot pole! They’re simply advertising that they are ‘available’ without consequence. It’s not any more complicated than that. Yeah, I said it.

That’s why there is alcohol.

They also cannot control their own behavior, or the consequences.

Police need to be more forceful against baby killing anti Americans. Too bad they didn’t shoot her!

It’s my honor to call for your resignation as you can’t obey laws and regulations! Was this because you’re a female? Why of course it is! Rape victim? You use the same cheesy excuse to okay your sleazy actions! Murder is not a right! Democrat and California? Truth is that you came out for political recognition for nothing but selfish purposes. To whom did you consult with that you can override almighty God? Who? Lead us not into temptation and deliver us from your consultant! So help us God

When police encounter these leftist criminals, especially the maggots who stole government, they should keep in mind THESE ARE AMBUSHERS and POLICE KILLERS. Don’t bring cuffs, bring body bags.

One day these wimmen will meet the Lord and He will tell them the eternal consequences of their ‘right to abortion:’ I don’t know you.

I don’t believe for one minute that if you have an ectopic pregnancy you wouldn’t be able to get the medical care you need. Why would women from other states contact this person? Also this is California they will always allow abortion.

How is the democrats/liberals cannot understand simple science, which proves there is life in the female’s egg, and there is life within the male’s sperm, and when these lives meet, therein, is the beginning of a new human life all together with a different DNA than that of the female; thus, this is not a part of the female’ body…And any intentional ending of this new life in nothing less than cold-blooded murder.

Why are these loons in Washington? The Supreme Court ruling placed the responsibility with the states. They should tell it to their governors who will take it up with state legislatures. This always has been a private matter between obstetrician and patient. Now that it’s in their hands, these loons seem to want it back with the federal government. Holy mackerel, nothing pleases them.

Fundamental human rights…….. hmmmm……. Only not for the “human” you conceived though right? Responsible birth control ladies……..

Of all the nuts picketing our Supreme Court Justices, this one should be first in the arrest line. Seems Chu should set an example for her voter base because she occupies a position that writes and passes the bills. California voters may appreciate her support but 95 percent of those surveyed place abortion at the bottom of the issue list. Besides, it’s a state matter now.

Then she shouldn’t mind being removed from office for breaking the law. If we can’t hold our lawmakers to the standards they swore an oath to uphold our laws. Remove her.