House Democrats blocked a resolution Tuesday condemning the violence that has targeted dozens of pro-life pregnancy centers and churches since May.

Johnson, a Louisiana Republican, introduced the measure to urge wide-spread condemnation of the arsons, vandalisms and threats against pro-life and religious organizations since a leaked draft ruling in May showed the U.S. Supreme Court overturning Roe v. Wade. The resolution also urged President Joe Biden’s administration to crack down on the escalating violence.

LifeNews has recorded more than 50 reports of arson and/or vandalism since the Supreme Court overturned Roe on June 24 and more than 100 since a draft ruling was leaked in May. 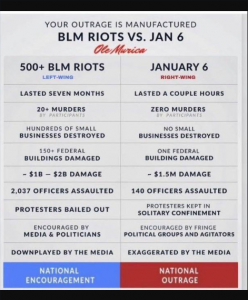 You cannot reason with the unreasonable. Since socialists want violence, seems time to defend oneself.

Do you expect any condemnation of violence from the party of slavery, the KKK, and Jim Crow? Violence is their modus operandi!

I keep wondering when large numbers of normally peaceable, lawful people will get even with these immature bucket bangers.