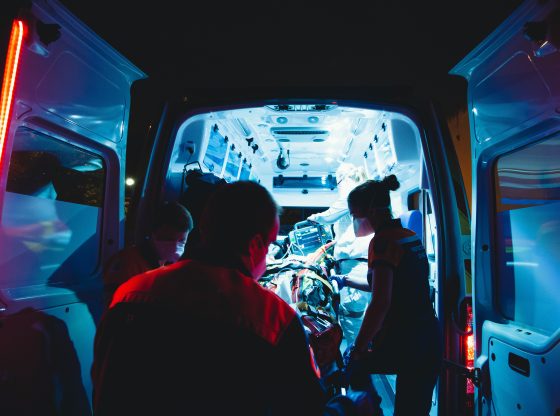 Free to use under the Unsplash License.
| Prolife Update Staff | National | 2

They say abortions should be safe and legal but the truth is legal abortions are anything but safe. In Florida, the state health department has suspended the medical license of an abortionist who almost killed three women in botched abortions.

Christopher Saputa, a Tarpon Springs-based abortionist, ends the lives of unborn babies at the American Family Planning clinic in Pensacola. And he almost ended the lives of three women when he failed to provide proper post-abortion medical care when their botched abortions caused medical emergencies.

Saputa is so incompetent that the health department suspended his license and called him a “great public danger” when he left three women to die after their abortions. He is so bad that even a nurse at the abortion business complained about how shoddy he is and said Saputa should have initiated emergency transport sooner than he did in at least one case.

The report details three individual cases, March 23, April 28, and May 5. On March 23, a 27-year-old patient, “K.J.” was “thrashing in pain” in the recovery room while staff continually changed heavy pad saturated in blood. By the time EMS was called, the patient had lost 750 ml of blood and due to extensive damage, the patient had to undergo a total abdominal hysterectomy and fallopian tube removal.

On April 28, Saputa treated 22-year-old “D.W.” The patient contacted the call service on May 3 and said she was experiencing pain and a fever, according to the complaint. She was advised to come in for her follow-up appointment a few days later. But, by May 5, she had gone to the hospital in septic shock and had to have a hysterectomy and appendectomy. According to the complaint, an independent expert reviewed the case and said concluded Saputa had punctured the patient’s uterus.

The third case was on or about May 5, with 36-year-old patient “D.C.” who was given two times the daily dose of misoprostol, otherwise known as the abortion pill which empties the uterus by causing cramping and bleeding. Because the patient had had two prior C-sections, she was not to have high doses of the drug, according to the complaint. A staff member also reported the patient’s blood pressure was in the low 80s, which was not documented. After several hours, it was determined, the patient had a possible uterine rupture and when she was discharged after midnight that night Saputa told her husband not to go to a hospital in Pensacola, but that she was “fine” and could go to a hospital in Mobile, Alabama.

On the way to Alabama, the patient “passed out in the car and made gurgling sounds” according to the report. When she arrived at USA Children’s and Women’s Hospital, an hour and 15 minutes away, surgeons estimated the patient had lost 3,500 ml of blood and was minutes away from death. She was advised not to get pregnant again.

If they weren’t executed, not strong enough punishment. Any who kill a baby do not deserve to live.

Not good enough. Rip his balls off.