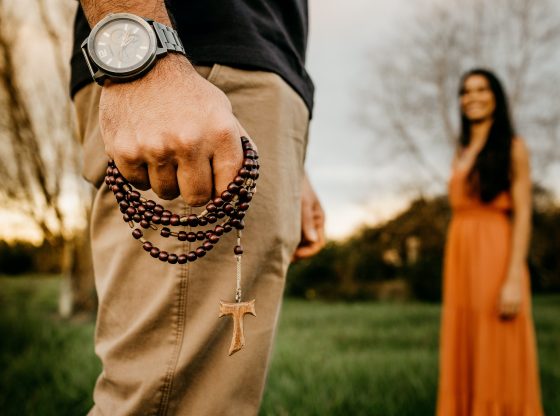 Three online shops that sell rosaries have reported a boost in sales following a controversial article published Sunday in The Atlantic magazine which attempted to link the rosary to right-wing extremism in the United States.

In the article, Daniel Panneton claimed, “The rosary has acquired a militaristic meaning for radical-traditional (or “rad trad”) Catholics.”

“Militia culture, a fetishism of Western civilization, and masculinist anxieties have become mainstays of the far right in the U.S.—and rad-trad Catholics have now taken up residence in this company,” he continued.

Shannon Doty, CEO of Rugged Rosaries, told CNA Monday that she saw “a pretty good boost in sales” on both of her websites, RuggedRosaries.com and MonkRosaries.com amid the reaction to the article.

Now use them because we can use the help

Oh, but we see clearly now: we are suppposed to abandon GOD and in His place we must install and worship Big GOVERNMENT. The 21st century Marxist plot is exposed.

Can’t do that. Job 41:11 Who hath prevented me, that I should repay him? WHATSOEVER is under the whole heaven is mine. Are they ready to take on GOD?

To Marxists and Communists government is God! That belief should tell you everything.

Militia culture? Fetishism of Western civilization? Masculinist anxieties? Good grief, how insecure is this author? I doubt that whomever wrote this piece has seen the full scope of this subject. I served with decorated Marines who kept these tokens in their seabags (not in boot camp of course).

I grew up in a Presbyterian family. My mother played the piano and organ in that same church for 60 years. I was not a fan of religion but respected it and spoke no ill of it. My reverence for these symbols grew as I began to know more about the men who carried them and their reasons.

It was my good fortune to be too young for WWII and Korea but too old for Vietnam. Thus, I never knew the full scope of their collective character and what these “beads” meant to them. Clearly, they were a comfort and they drew strength from them. Perhaps the author should do a hitch.

Maybe you baby murderers should try praying sometime. It works!