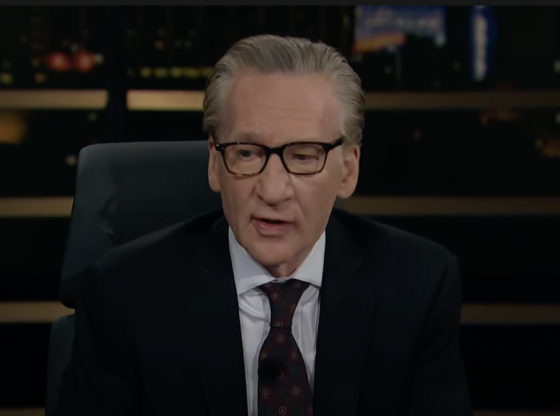 On “Real Time With Bill Maher,” Amy Klobuchar and Maher went back and forth about the abortion debate. Their discussion didn’t go the way we might expect. While both support the freedom to kill children in the womb, Maher pushed back on a very common stereotype. He actually defended the pro-life viewpoint.

During Friday night’s panel discussion, Maher boasted how the abortion debate that’s been revived following the Supreme Court decision to overturn Roe v. Wade has helped motivate Democrats ahead of the midterms, which had previously forecasted a red wave for a big Republican takeover of Congress.

“The Supreme Court did you, politically, a big favor,” Maher told Sen. Amy Klobuchar, D-Minn. “Because for a while, people were, ‘I don’t know, this really gonna get people out to the polls?’ We have enough evidence now with these special elections and the polling, we see. And you know, who really is up in arms about this that we didn’t think was going to be? Dads.”

Klobuchar responded with the oldest trope. She said that the women of America and the men who stand with them don’t want anyone telling them what they can and can’t do with their bodies. Maher’s response was shockingly reasonable:

You might be surprised how many Americans have never even heard that argument. The media continually repeats the chant: “my body my choice,” and so many people think that’s the whole issue. Even when they hear an argument for the child, democrats often think it’s just a cover for someone who wants to “control women.” The coalition for life is fighting against the greatest genocide the world has ever seen, and thank God Almighty, it’s losing steam.

In my mind’s eye, it’s simply not the business of government. It’s a private matter between obstetrician and patient. The Supreme Court recognized that fact and moved authority from the federal government to the state legislatures.

I applaud that change because I cannot imagine the rage that would arise from having an imbecilic federal bureaucrat make decisions for pregnant women seeking advice from licensed physicians. The 10th Amendment could not be more clear.

And as a matter of fact, state legislatures are under no obligation to create a law on this issue. We have many issues that are left to individual common sense, licensee rules, rules posted by property owners, et al.

Ok Gene, the vast majority of women seeking abortions ARE NOT advising with their Drs.
That’s a fact!!! The majority are young females who, by the way should be using protection, tons available out there and no one is stopping them from accessing it. They go for the pleasure then, end up pregnant and want out. That’s really the whole situation in a nut shell.

1850: Slavery is a matter between a master and his slave. He can do whatever he wants with his slave because the SCOTUS in a 7-2 decision declared slaves as non-persons under the US Constitution. Slavery is simply not the business of government!
Correct?

It’s good to see Bill Maher has become more rational in his old age. When Maher first started in comedy, I really liked watching and listening to him because he picked on all sides of issues, making fun of liberals as well as conservatives. We centrists can appreciate that. When Maher became a flaming Leftist, ranting on only about Progressive causes, I just couldn’t bear to watch him any longer. Now, even though he was part of the current Progressive attitude, I see Maher is becoming a more rational liberal.