Assistant Principal Brags About Discrimination Against Catholics and Conservatives 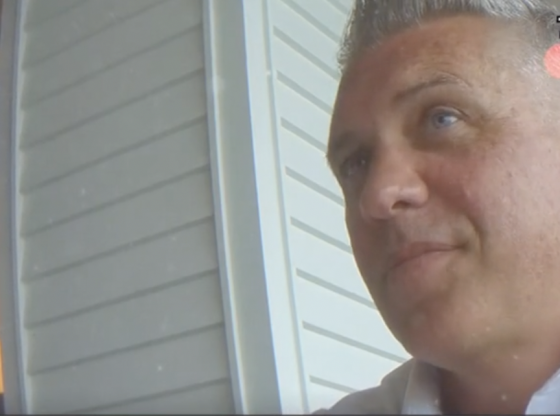 In Connecticut, an assistant principal bragged about his discriminatory hiring practices. He explicitly, unapologetically, and proudly discriminates against conservatives, Catholics, and people over the age of 30. These prospects are too difficult for him to manipulate and often don’t comply with his wretched ideologies. I had to see it myself to believe it:

It’s impossible to say how many other teachers act and think like Boland. He even said that parents are a huge obstacle to his teaching. It’s very fortunate that he got himself caught. If only we could be so lucky with the rest.

As reported by LifeNews:

Project Veritas, a guerilla journalism outlet, spoke with Cos Cob Elementary School Assistant Principal Jeremy Boland about his hiring process for elementary school teachers in newly released video footage. Boland said in multiple undercover interviews that he does not hire Catholic or conservative educators and attempts to hire candidates exclusively under the age of 30.

The undercover journalist asked Boland whether he found that individuals with religious views “tend to be more right-wing?”

“Almost all of them,” Boland said. “I’m not a huge expert on religion, but Protestants in this area are probably the most liberal. But if they’re Catholic — conservative.”

Boland dubbed Catholics “brainwashed.” When asked what Boland does when he finds out that a candidate is Catholic, he said, “You don’t hire them.”

He stated that younger candidates were much more liberal and malleable. Older candidates, he said, are set in their ways, and significantly more likely to be conservative. He even said that he trains and conditions his staff to think in a more liberal way. He works to cultivate an environment that would naturally brainwash students toward the left of center.

“Believe it or not, the open-minded, more progressive teachers are actually more savvy about delivering a Democratic message without really ever having to mention their politics. They’ll never say, ‘Oh, this is a liberal or Democratic way of doing this.’ They just make that the norm.”

A spokesman for Greenwich Public Schools told the Daily Caller the following:

“Late last evening, we were made aware of a video that had gone viral with a current administrator from Cos Cob School. We intend to do a full investigation and until that time, we will not make any public statements. We ask that you respect the investigation process during this time,” the spokesman said.

“We do not, however, support any opinions that promote discriminatory hiring practices based on race, religion, gender, or age in any way, and we want to remind our entire community that our curriculum policies and procedures are strictly enforced by our Board,” he concluded.

We cannot stand for this madness. It’s time to take back our education system.