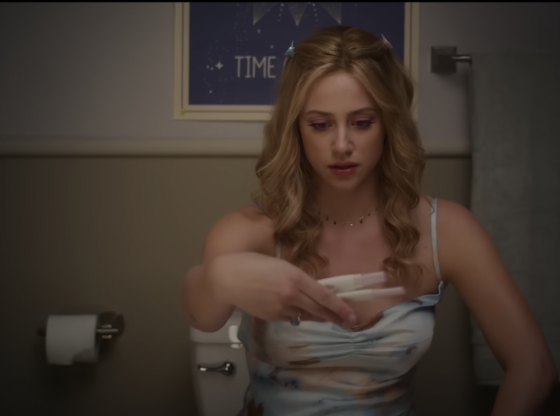 Netflix released a film with a surprisingly pro-life message and it’s not clear whether or not it was an accident.

In the new Netflix movie “Look Both Ways,” a woman keeps her child and is much better for it. The main character, Natalie has a chance to live in a universe where her child never existed but doesn’t choose it. She ends up much happier and much more fulfilled than she would have been without her child.

Natalie has a moment of realization that keeping her child is simply the right thing to do. “I don’t know how to explain it. It’s just it feels like this is something that I have to do, like this is what was supposed to happen.” Her significant other and the father says he will support her no matter what and obsequiously says “I’m pro your choice.” This moment really indicates to me that the pro-life message is either somewhat confused or entirely inadvertent.

Natalie’s parents begin in a state of being quite skeptical of her decision, but eventually come around. They initially tell her that it’s like she’s sacrificing her aspirations and her life as if that’s a bad thing. They say that she once had “hopes and dreams,” and that they’ve since vanished. Ultimately, Natalie ends the story with both a career and a happy family of her own.

What do you think? Did Netflix accidentally tell a pro-life story? Or is this just another hollywood flick telling viewers that the world revolves around them and that nothing is more important than their happiness? Either way, it normalizes the idea of keeping a child, and that’s certainly a win, even if only a minor one.

Even a “neutral” handling of abortion/child bearing is better than the “normal” Hollywood glorification of baby killing!

Most Leftist Politicians are High Priests to the Sacrifice of the 1st born revived pagan religion of Baal that entered America and the world via a back door called “Family Planning” They will do almost anything to promote the daily sacrifices.
The betting money is The “Sacrifices to Baal branch of Planned ParentHood will pay Net Flix to take the movie down.