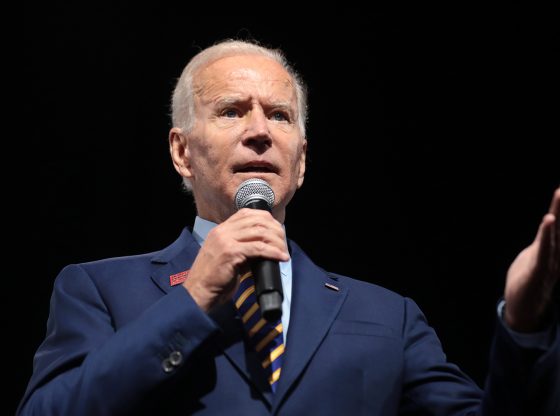 Back in early September, Joe Biden announced that his administration would use Department of Veterans Affairs hospitals as centers for killing unborn children. The Department announced that it would provide abortion in cases of rape, incest, and when the mother’s life is in danger. The move allows abortion in states that outlaw it explicitly. This also comes despite the fact that doctors clearly state that abortion is never a medical necessity.

The VA started killing the children of veterans and beneficiaries on September 9th. They show no signs of backing down from their new rule. They expect to cover around 1,000 abortions each year and claim it’s a “step forward” for “healthcare.”

Co-founder of Operation Liberty and Iraq War Veteran Allison Jaslow said this about the law.

“The reality is, women veterans didn’t have access to the same reproductive care that patients on Medicaid, for example, had prior to the VA taking action. From my perspective, the fact that women veterans have now equal access to care is a very important step forward, not just in the post Roe v. Wade. Veterans period.” By reproductive care, she means ending the life of an unborn child in a mother’s womb.

Republicans argue that it violates state laws where abortion is illegal. The wording itself condems state bans on abortion as “laws not founded in science or based on evidence.” It also claims that “State and local laws and regulations that would prevent VA health care professionals from providing needed abortion-related care, as permitted by this rule, are preempted.” They went on to say that the “VA is taking steps to guarantee Veterans and other VA beneficiaries abortion-related care anywhere in the country.”

The VA’s statement claimed that without easy access to abortion, “these veterans will face serious threats to their life and health.”

Jeff Charles, contributor to Newsweek, argues that this probably law isn’t “going to hold up.” He argues that republicans challenge like it because it tramples on states’ rights and democrats, because it only allows very limited abortions.

Republican Representative Mike Bost is the ranking member of the House Veterans’ Affairs Committee. He argued on the 15th of September that the rule violates the Veterans Healthcare Act of 1992. “Following the law isn’t an option, it’s a requirement. By ignoring the law, VA is violating the wishes and values of millions of Americans who don’t want their tax dollars used to pay for abortions at VA or anywhere else.”

VA leadership claims that they’re ready for a fight. Secretary Denis McDonough said the department will beef up security and avoid “politics.”

“I don’t want to get ahead of myself in terms of what’s going to happen, in terms of the politics — I wasn’t very good at politics when I was the White House chief of staff, and I can guarantee you, I’m no good at politics now,’ McDonough said at a media roundtable on Sept. 26. Our job is to keep our head down, do the work, make sure that work is executed well. That’s what we intend to do, and I have every expectation that’s what we will do — the rest of it will work itself out.”

While they claim to “keep their heads down,” they are working to end the lives of children across the country. Worse still, they’re doing it in states that have enacted protections for those children. To call this act a providence of “healthcare” is a blatant and damnable lie. The time is now to fight on and fight hard.

I absolutely HATE that this pretend Catholic and pretend president devotes his life to killing babies. How many has he led astray by his false teachings? The road is wide to H3ll and he and the other fake going there is Pelosi……Lord, have mercy on us.

We need to come to an understanding about states’ rights. We don’t need the federal government second checking what we’ve confirmed we want in cases where they feel differently. This won’t stop at abortion (bad enough); it will be used in numerous cases, and THAT’S WRONG. If I wanted to live in a socialist country, I could move to Venezuela. “You may have what you want as long as it’s what we want also. If not, we’ll make the decision for you.” That’s not a democratic decision and certainly not one that should be upheld by a democratic republic. FJB