Fetterman Calls Abortion “Sacred” and Supports It Up to Birth 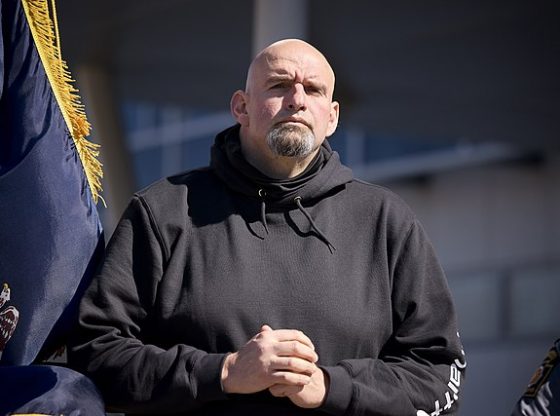 Pennsylvania Democrat candidate John Fetterman struggled to articulate his pro-abortion views during a press conference last week. Amid serious questions about his physical health after a recent stroke, Fetterman stumbled over his words, saying, ““Abortion rights deserve to every woman regardless of where straight – uh, excuse me – what state that you live.” Even though this statement was incoherent, Fetterman’s outlook on abortion is not. The lieutenant governor believes unborn babies should be allowed to be killed in abortions for any reason through all nine months of pregnancy and taxpayers should be forced to pay for elective abortions. He has called abortion “sacred” and promises to support legislation allowing abortion on demand “without any qualification whatsoever.”

Fetterman supports a radical bill named the Abortion Without Limits Up to Birth Act that would force states to legalize abortion on demand and force taxpayers to pay for them. Polls consistently show that a majority of Americans support protection for the unborn after the third trimester yet Democrats like Fetterman seem to get a pass on their radical pro-abortion views. Pennsylvania is a key swing state, and Democrats hope to gain another seat in the U.S. Senate with Fetterman. Whoever wins the majority will determine the types of abortion legislation that Congress may pass in the near future, such as a national ban on abortions after 15 weeks on the pro-life side or taxpayer-funded abortions through all nine months of pregnancy on the pro-abortion side.

Nebraska News Anchor Fired After Collecting Signatures for Pro-Life Petition
Walker Slams Warnock: “If Black Lives Matter, Why are You Not Protecting Those Babies?”

Fenderman is so full of sh**. It is never right to kill a living innocent creature…God will make this low life maggot pay !!!

Fetterman’s position on Abortion is consistent with his Appearance! It speaks volumes.

These are the comments of a follower of Satan. To call murder sacred is akin to Satanic rituals of infants being offered up for sacrifice such as the Aztecs and Incas did. This man has the heart and soul of Satan and certainly the eyes of a dark soul for sure.

Democrats are disgusting! You wouldn’t kill puppies that are born in the same respect as a baby up to term . If you are too lazy to take birth control and to stupid to abort early then you should be charged with murder for late term abortion. Democrats hate death penalty for murdering but kill innocent babies 😡

The SCOTUS clearly ruled that any aspect of abortion is not part of the purview of Congress. It is solely for the States to determine wheher abortion should have any restrictions. A candidate for the US Senate should express no position or opinion on the issue, except to refer any questions to state level candidates.

I live in PA and would not vote for this evil person if someone paid me a million.

What is wrong with Pennsylvania that this guy is even close to winning an election?

Yes, you are right. I’m glad I changed mind about moving to PA and instead moved to Florida instead!

Abortion is MURDER, pure and simple. And anyone who supports abortion, purely by choice, is a Satan worshipper!

Too bad your mom did apparently did not have that option

Progressives and too many Democrats have always supported eugenics programs in order for them to control population by number of people who they allow to live and number of babies they allow to be born. It is one of many ways Progressive Democrats believe they control ethnic group growth worldwide. Another horror of the Progressive attitude toward abortion is that they promote women becoming pregnant so they can produce fetuses and babies in order to harvest stem cells and other body parts from aborted babies. Abortion has become a Sci-fi horror story that is happening in real time, all for the sake of using human life to make lots of political support money. Robin Cook could do a series on things Progressives due in the name of health care.