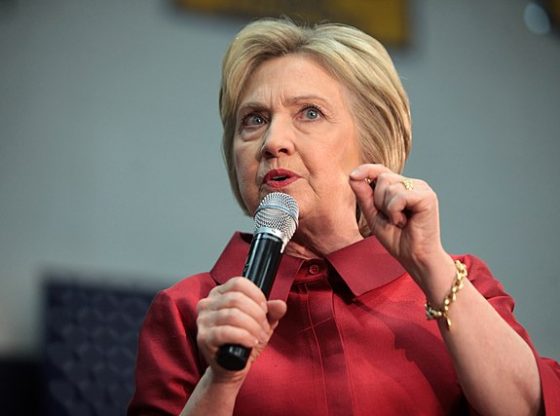 Failed presidential candidate Hillary Clinton is once again spewing lies to women, this time claiming that women will die because of new pro-life laws. Clinton was meeting with pro-abortion groups in California to advocate for a proposed state constitutional amendment, Proposition 1, which is on the ballot in November. She warned the audience that without the amendment, California could pass laws that restrict or ban abortion and endanger women’s lives. “Eventually it will cause a reaction but how many women have to die or be terribly mistreated in order to change these laws,” she stated. No women have died as a result of Dobbs in the past 100-plus days or the Texas heartbeat law, which went into effect more than a year ago.

Unfortunately, Clinton does not understand that pro-life laws save lives while the amendment she is campaigning for will put women’s and babies lives in jeopardy. Proposition 1 will allow the right to abortion up to birth and cement this into the state constitution.

During a U.S. House hearing in September, Dr. Monique Chireau Wubbenhorst, a prominent OB-GYN rejected the notion of abortion as health care:

“Abortion not only poses risk to the mother. It is always lethal to an unborn child. It is my opinion that abortion is not health care. The goal of any abortion is … to kill the embryo or fetus, which is a human being.”

If Proposition 1 passes California no longer would have any limits on abortion. California abortion facilities reported 132,680 abortions in 2017, according to the Guttmacher Institute.

Walker Slams Warnock: “If Black Lives Matter, Why are You Not Protecting Those Babies?”
Abortion Access Now Affecting Where Medical Students Apply to Residency

There must be a vote in it as usual, for Horrible Hillary to spew her lies like normal. She is a presidential loser and has never done any good for our citizens, only for herself and her rich partners in crime. Just go take a nap and get out of the way Hill.

It’s regrettable that your mother did NOT have that option. A lot of people would still be alive, had your mother had or made that choice

It looks as if Hillary will do anything, even kill innocent babies, to get elected. I’ve never seen anyone that desperate. That evil.

Abortion is murder of helpless unborn human beings and sometimes takes the life of the mother as well.The sale of baby body parts is a lucrative business.

Margaret Sanger, founder of Planned parenthood is Hillary’s heroine. Sanger hated blacks and made sure most PP were located in black neigborhoods.