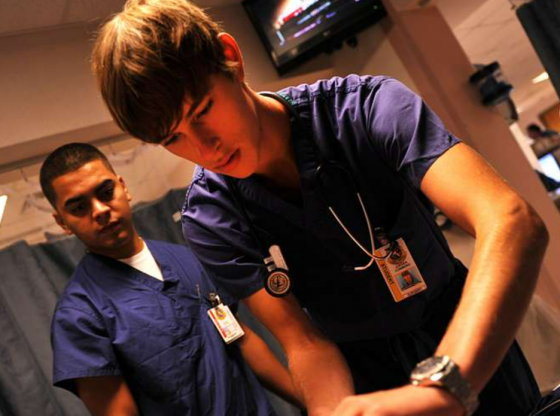 Medical students in two of the most popular residencies, obstetrics-gynecology and family medicine, are facing a personal decision in where to advance their training as legal access for abortion is shifts across the nation. Abortions are typically performed by OB-GYNs or family doctors, and training generally involves observing and assisting in the procedure, often in outpatient clinics. Some students now worry they may receive subpar training in states that are restricting abortion after the Supreme Court’s Dobbs ruling. In turn, many applicants who want to preform abortions have moved to liberal states causing a possible shortage of OB-GYNs in less permissive states.

Deborah Fadoju, a fourth-year Ohio State medical student says she is looking at medical programs along the east coast who are safe guarding abortion: “To choose a state where I will be limited or I wouldn’t have full access is essentially shortchanging myself and my future patients on the quality of care that I can provide.” She added that as an OB-GYN she should be able to “do the full breadth of work.”

OB-GYN residency programs must provide training in abortions, according to the Accreditation Council for Graduate Medical Education, though residents with religious or moral objections may opt out. Pamela Merritt, the executive director of Medical Students for Choice, which promotes access to abortion education, says that doctors need the “muscle memory” that only hands-on education can give in order to preform abortions.

Connor McNamee, a third-year family medicine resident at the University of Toledo, began exploring abortion training outside Ohio last summer. A state law bans most abortions after cardiac activity is detected, but a judge has blocked it while a challenge proceeds. McNamee is now looking at options in Virginia, where abortions are more widely accessible. He had been open to eventually returning to Ohio, but he now says abortion limits there are “the final nail in the coffin” for him.

“I can’t really be an abortion provider in Ohio, and that’s an important part of my career,” McNamee said.

Isn’t the first line of the Hippocratic Oath, “First, do no harm?” You know, like murdering innocent babies?

Bad scene for Med schools to be part of the Genocide

Why don’t people recognize that FOETICIDE (abortion) is a form of HOMICIDE? Are these residents willing to commit other “legalized” murders, too, like matricide, patricide, infanticide, genocide?

What ever happened to “DO NO HARM”!?

So they need practice killing babies to ensure they can do it well? What on earth are these people thinking? Stop calling it abortion. Call it killing babies and make them make their statements again. This is just nuts!

These abortionist wannabes hope to have a voice in this area. Think about it. Isn’t that precisely what the Supreme Court gave them when they moved the authority back to state legislatures? Seems they approve of a federal government that may be weaponized against half the people. Whatever happened to the old “power to the people” slogan?