Pro-Life Father of 11 Arrested by FBI Speaks Out 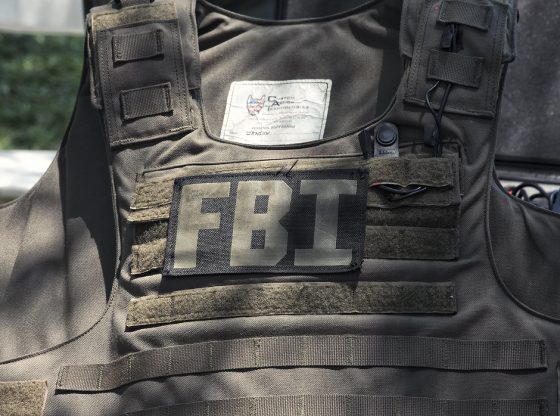 At 7am on Oct. 5, the FBI showed up at the home of Paul Vaughn, 55, president of Personhood Tennessee, in Centreville, Tennessee, to arrest him. It had been over a year and a half since his prayer group had gathered outside of an abortion facility for a day of prayer, reading Scripture and singing hymns. Federal agents swarmed Vaughn’s house and told his daughters, who were waiting outside to be driven to school, that there father was about to be arrested. Vaughn’s wife, Bethany, says one of her daughters ran into the house crying, “The FBI is here, and they are arresting Daddy.” Bethany captured this video after he husband had been handcuffed:

Video of the FBI's arrest of Paul Vaughn of Centerville, Tennessee. DOJ charged him with “conspiracy against rights secured by the FACE Act, and committing FACE Act violations" for blocking the entrance to an abortion clinic. Paul tells me the footage was taken by his wife. pic.twitter.com/KSDvLRSrlF

Both Paul and his wife say that none of the agents told them why they were there. Paul told the National Catholic Register that, “No one — not the local sheriff’s office, elected reps or me — were given any clue beforehand.” The Biden Department of Justice claims that Vaughn is guilty of “conspiracy against rights secured by the FACE Act,” as well as of violating the FACE Act itself, even though he never obstructed anyone from accessing the abortion facility. The Thomas More Society is now representing Vaughn in the case and released this statement:

“We believe the evidence will show that Paul did not violate the FACE Act, and we look forward to a chance to prove that in court.”

“Ironically, the FACE Act was established to federalize and criminalize any interference with a person’s attempts to obtain an abortion. Abortion is no longer legal in Tennessee, and the peaceful pro-life witness at the Mount Juliet abortion facility resulted in no injury, destruction or damage, yet 11 life advocates are facing Draconian penalties and federal prosecution.”

Does anybody realize this is the same as Nazi Germany – the government sends the SS (FBI) to arrest people they fell are enemies of the state. Wake Up!!

This is suppose to be a free country with the 1st and 4th amendments, but with that idiot in the white house, nothing is according to the Constitution. If the Republicans don’t win back both houses, we can kiss our country goodby.

Paul was held in jail for crimes he did not commit as well. The guards got to hear the gospel every day and they were the “captive” audience. Praying that Paul and other Christians like him will share the gospel with their “captors” faithfully.

The fibbies continue to shoot themselves in the butt. This little band of wimpy losers, armed to the teeth, just demonstrated their courage. I’d hate to be dependent on such force to protect the American public from real criminals or especially an armed foreign force.

Last I heard, America is home to 209 million adults and 77 million of them own firearms, presumably for self defense. If 37 percent are armed, 63 percent are unarmed. These odds suggest the fibbies hoped to spark a shootout with a large unarmed family.

I wonder if the wimpy little losers who issue their orders will send them back to apply more force against the rest of the family. That would be the CIC (Coprolite in Charge) and his Shyster General. Clearly they sense danger in an unarmed female homemaker and her 11 children.

The FBI is SO TOTALLY CORRUPT – they should be DISBANDED and the leadership charged, prosecuted and JAILED!

What a bunch of woose punks!