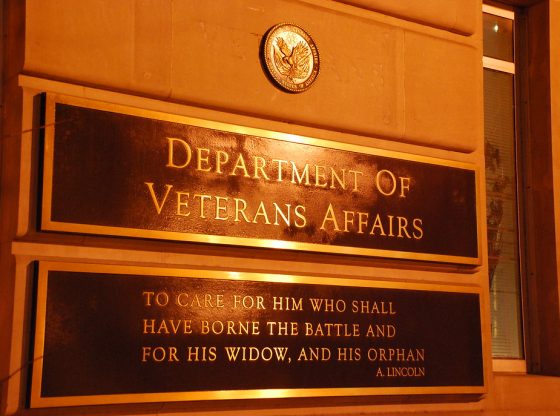 The Veterans Affairs medical system performed its first abortion last month. The VA did not previously provide abortion services, but after the Supreme Court overturned Roe v. Wade and ended constitutional abortion rights, the department said it believes it is “essential” to the life and health of veterans and VA beneficiaries that they still have access to medically necessary abortions. Officials also promised abortion counseling to any veteran in the VA medical system, for the opportunity of discussing both internal and external options regarding the procedure.

U.S. Senators Roger Wicker, R-Miss., and Cindy Hyde-Smith, R-Miss., have now joined 11 other Republican senators and 26 members of the House of Representatives in a public comment letter expressing strong opposition to the Department of Veterans Affairs’ (VA) interim final rule (IFR) that illegally allows abortions to be offered by the VA.

The lawmakers cite the VA’s explicit statutory prohibition on abortion that has governed the VA for 30 years. The letter calls on Secretary of VA Denis McDonough to promptly rescind the rule.

“The VA does not have the power to override an Act of Congress to impose its preferred policy of taxpayer-funded abortion on demand until birth,” the lawmakers wrote. “Tragically, the IFR is the latest in a long string of actions the Biden Administration has taken to promote the killing of unborn children through abortion in the aftermath of the Supreme Court’s decision in Dobbs v. Jackson Women’s Health Organization. We demand that you immediately rescind the IFR and revert the VA’s policies to the long-standing prior regulation excluding abortion and abortion counseling from the VA’s medical benefits package as well as the CHAMPVA program, in conformity with the law and congressional intent.”

As a veteran and a taxpayer, I take this as a personal affront. It’s unfortunate the We The People (a.k.a. The Taxpayers), don’t have a direct say in what happens with OUR money that is being used for these horrendous crimes and sins! We have to depend on the people we vote for to have our backs on matters like this and more often than not, instead of having our backs, we’re getting stabbed in the back! As I read this and see that there are about a dozen GOP lawmakers speaking out against this I’m appalled at the pitifully low number of GOP members who’ve taken a stance. I expect the evil Dems to think this is an ok use of taxpayer money, but for the majority of Republicans to not be speaking out in an outrage makes their silence deafening!!

Abortion is not the business of government. Especially important is the fact that it also is not Veterans Hospital business. Last I heard, Veterans wait in line for months to be treated for combat wounds, both physical and psychological. Abortion clearly is not a combat malady.

Fact is, it’s a private matter between obstetrician and patient and subject to laws enacted by state legislatures.

Than you for your input. VA should be taking care of veterans, not making abortions. 100%

This seems to be another example of the Biden administration disregarding a SCOTUS ruling, plus the laws made by congress, regarding abortion. Biden, in his senile mind, seems to think he can sign an executive order and overrule a law about anything.

Doesn’t this apply? In U.S. politics, the Hyde Amendment is a legislative provision barring the use of federal funds to pay for abortion, except to save the life of the woman, or if the pregnancy arises from incest or rape. Before the Hyde Amendment took effect in 1980, an estimated 300,000 abortions were performed …