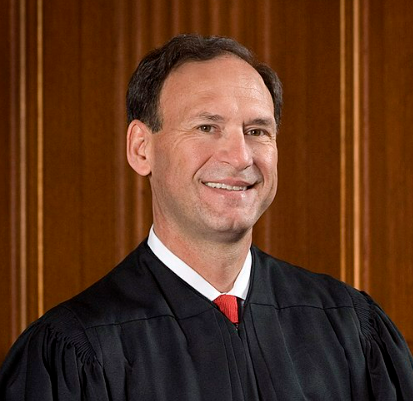 Justice Samuel Alito has come out saying that the leaking of a draft decision to overturn Roe v. Wade put his and fellow justices’ lives and safety at risk. In an interview with the Heritage Foundation on Tuesday, Alito says the leak came from a betrayal of trust by somebody close to the court. “It was a shock, because nothing like that had happened in the past. It certainly changed the atmosphere at the court for the remainder of last term” said Alito.

In the interview, Alito went to talk about how dangerous the leak was, “The leak also made those of us who were thought to be in the majority in support of overruling Roe and Casey targets for assassination because it gave people a rational reason to think they could prevent that from happening by killing one of us.”

Alito also addressed critics who are saying the Supreme Court has become partisan and catering to Republicans:

“Everybody in this country is free to disagree with our decisions,” he said. “Everybody is free to criticize our reasoning, and in strong terms. And that certainly is done in the media, in writings of law professors and on social media.”

“But to say the court is exhibiting lack of integrity is something quite different,” he added. “That goes to character.”

Alito said: “Someone also crosses an important line when they say that the court is acting in a way that is illegitimate. I don’t think that anybody in a position of authority should make that claim lightly. That is not just ordinary criticism. That is something very different.”

It is amazing how people will say that the Court is partisan for Republicans when there have always been those partisan for Democrats. And, when you read and consider the Dobbs decision, all it does is finally place abortion decisions in a reasonable court decision context. Again stating, people have said over and over that by striking down Roe, the court took away a right of abortion. Abortion has never been right. It is only a medical procedure and the Court in Roe gave a personal privacy right so that the medical procedure was available without issue for the first trimester. Nothing more.

It allowed females to conspire with certified medical professionals to end their pregnancy. A way to keep it a secret. Now it’s a sacrament offering to the god of orgasam.

It would be nice if we enforced the laws we ALREADY HAVE! No judge should have to live in fear of violence because of their decisions.

So, if the court upholds our US Constitution, they are Republican partisan? Thank you!