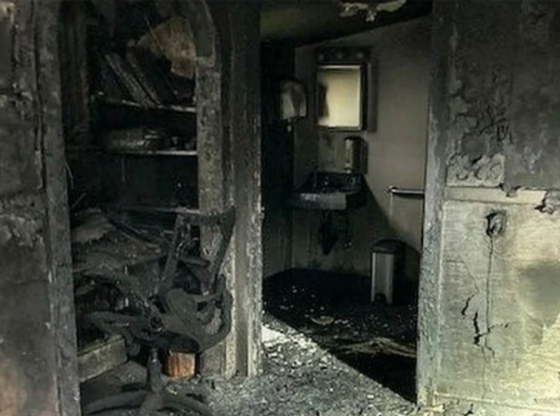 A wave of violence swept across the nation after the Supreme Court overturned Roe v. Wade in June and the FBI still hasn’t arrested a single person for attacks on 230 churches and pregnancy centers. During this time, pro-lifers were shot and assaulted and pro-life centers were burned and vandalized. A pregnancy center in Buffalo  that was a victim of a firebombing says the FBI “are doing the absolute minimum” in their investigation.

“It is naïve to think the best law enforcement agency in the world doesn’t know who is perpetrating these attacks,” CompassCare Pregnancy Services President James Harden told Newsweek.

Harden’s clinic in Buffalo, New York, was firebombed on June 7, resulting in $530,000 in damage and two injured firefighters in one of the most serious attacks by a group apparently acting in the name of defending abortion rights.

Graffiti left on the building stated, “Jane was here.”

Harden said after the attack on his clinic, no arrests had been made, despite the surveillance footage he had given to local police, footage of which the police and FBI have now refused to give him a copy so he can prepare a civil lawsuit.

“They’ve got cell phone numbers, clear pictures of body imaging, license plate numbers—how is it they are not finding these people?” Harden said.

“There has been a flurry of attacks on pro-life organizations and a refusal by the Department of Justice and the FBI to maintain equal justice under the law,” he added.

Students for Life president Kristan Hawkins is also upset by the inaction.

“We are headed towards tragedy if Merrick Garland continues to refuse to act to protect peaceful pro-lifers from pro-abortion terrorist groups,” she tweeted.

One group in particular, Jane’s Revenge, a pro-abortion terrorist group, took credit for some of the violence. Its name has become common in graffiti vandalizing pregnancy centers, often accompanied by the threat, “If abortions aren’t safe, neither are you.”

Trump: ‘We lost because of Abortion… It wasn’t my fault’
FDA says Retail Pharmacies can Offer Abortion Pills, but Major Lawsuit Is Coming