Pelosi and Schumer Have Melt Down Over Born-Alive Bill

The Democratic response after the House passed the Born-Alive Abortion Survivors Protection Act was quite a sight to behold. The new law requires doctors to provide care for infants born alive after a failed abortion, which Democrats somehow labeled as “extreme.” Nancy Pelosi was one of the first to respond to the bill’s passing, writing, “Today, instead of joining Democrats to condemn all political violence, [House Republicans] chose to push their extreme anti-choice agenda. Democrats believe everyone deserves the freedom to access reproductive health services – without fear of violence, intimidation or harassment.” Pelosi went on further in a second tweet which can be seen below:

Democrats will always defend reproductive freedoms against extreme Republicans who disrespect a woman’s right to choose the size and timing of her family.

These are serious, personal decisions that must be made by women guided by faith, physician and family — not by politicians.

Schumer, as a Senator, did not vote on the bill but but he shared similar sentiments as Pelosi. “The MAGA Republican-controlled House is putting on display their extreme views on women’s health with legislation that does not even have the support of the American people,” he wrote.

Vice President Kamala Harris also voiced he disgust for the extreme ‘anti-choice’ legislation, “House Republicans passed an extreme bill today that will further jeopardize the right to reproductive health care in our country,” Harris tweeted. “This is yet another attempt by Republican legislators to control women’s bodies.”

House Republicans passed an extreme bill today that will further jeopardize the right to reproductive health care in our country.

This is yet another attempt by Republican legislators to control women's bodies.

The Born-Alive Abortion Survivors Protection Act says any infant born alive following an abortion attempt or that survives the abortion is a “legal person for all purposes under the laws of the United States.”

Doctors and healthcare workers would have to keep the child alive as a “reasonably diligent and conscientious healthcare practitioner would render to any other child born alive.” A child born at an abortion clinic that does not have adequate care facilities would be responsible for transporting the child to a hospital.

It is already illegal for doctors and nurses to deny care to individuals. Nearly every House Democrat on Wednesday voted against the legislation, which passed 220-210.

Republicans struck a much more practical note, rightly pointing out that  Democrats were the ones with an “extreme” view for opposing a bill that intends to keep the live-born child alive and to receive normalized care. 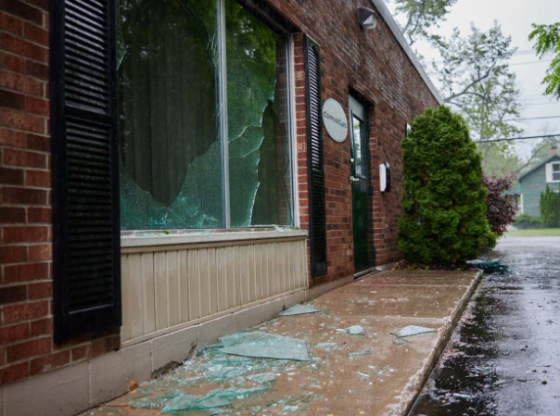