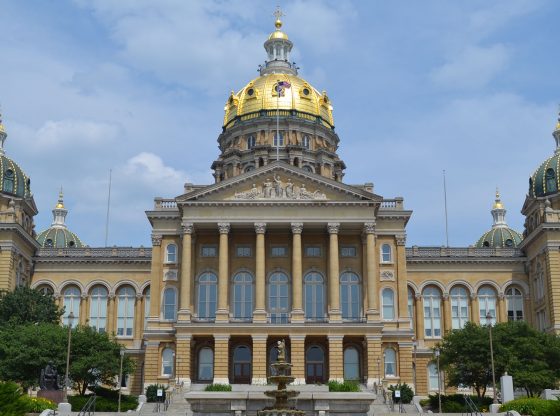 This week Iowa lawmakers in the state’s Legislature passed a joint resolution proposing an amendment to the state’s constitution excluding a “right to abortion” or to public funding for one.

House Joint Resolution 5 would amend the Iowa state constitution to clarify that it “does not recognize, grant, or secure a right to abortion or require the public funding of abortion.”

The amendment is particularly prescient for Iowa, as the state’s Supreme Court found a “right to abortion” in the state’s constitution in 2018.

The Iowa Supreme Court in 2018 struck down a 72-hour waiting period for abortion, on the grounds that “a woman’s right to decide whether to terminate a pregnancy is a fundamental right under the Iowa Constitution.” The proposed amendment would nullify the court’s finding.

The resolution passed Jan. 27 by a vote of 55-44. During a two hour debate, several Democratic representatives introduced amendments to the resolution, such as an exception for pregnancies resulting from rape and incest, none of which survived the vote.

The Senate is likely to pass the measure, the Des Moines Register reported. Under current law, abortion is legal in Iowa until the 20th week of pregnancy.

The amendment mirrors a successful 2020 amendment in Louisiana, which voters in the state approved in the November election preventing funding for a “right to abortion.”

Common sense had to start somewhere.