Pro-Abortion Leader Stepping Down as Chief of Anti-Life Group 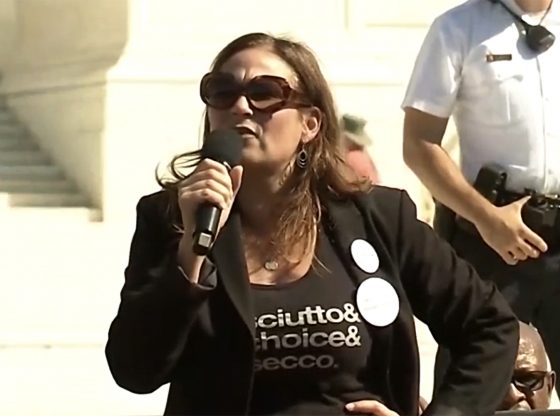 On Monday, it was reported that Ilyse Hogue, an anti-life activist, will be stepping down as the president of the pro-abortion group NARAL after eight years leading the group.

“Some news: After eight years of leading @NARAL, I shared with my team today that I am moving on. Not right away – I’ll be here to support the team through the transition to our next lucky leader,” she wrote.

Hogue has previously claimed pro-lifers trying to support human life in the womb are “upholding white supremacy” and rooting for “white patriarchal control.” Her group also rabidly opposed the nominations of President Donald J. Trump’s judicial appointments, most notably that of Justice Brett M. Kavanaugh to the U.S. Supreme Court.

In an interview with the New York Times, Hogue said she “has every indication” that pro-abortion Democrats in Congress were going to “move forward legislation” that codifies the 1973 abortion-on-demand Supreme Court decision, Roe v. Wade, on the federal books.

Despite claiming “white patriarchal” forces controlling the abortion debate, Roe v. Wade was decided by a panel of all-male jurists.

In the New York Times piece, the publication admitted that most Americans believe there should at least be some restrictions on abortion.

“Polls show that mainstream views on abortion are more moderate than those of the activists on either side, with most Americans now saying that abortions should be legal with some restrictions.)”

What are your thoughts on Hogue’s decision to leave the pro-abortion group?

No matter what political party or whatever your claim to gender, or if you believe that it is your body to do with as you please, one fact remains, you also believe in murder. To kill an unborn human, for whatever reason, to kill is murder. There may be medical reasons that are reasonable and perhaps unstandable but, for the single reason that you do not want to be PG, there is no escape, that is 1st degree, MURDER, that woman should pay the price.

TAKING INNOCENT LIVES—-MAY GOD HAVE MERCY ON YOUR SOUL!

God will not have mercy on their souls. Read your bible and see what hapend to Jezebel for her killing of babies. It’s there.

She profess that pro life is racially motivated but the majority of abortions are from minorities. How does that equate to racism

It only equates to racism in the fact that they, the abortionist , want to kill black baby’s to slow down the number of blacks being born in the world, and they have the gall to call pro-lifers racist. They really think they are going to skate into Heaven .