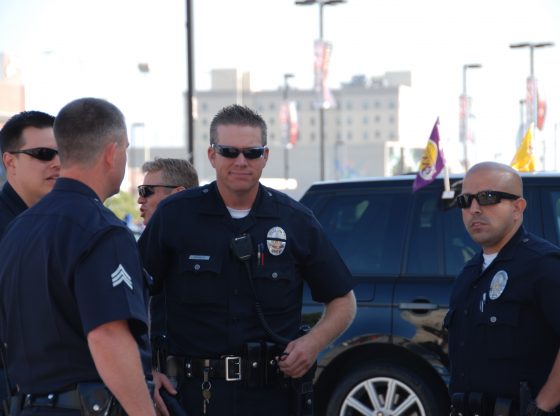 A California bill that seeks to remove police officers who are involved in “hate speech” could remove officers based on discriminatory factors such as pro-life affiliation, conservative political beliefs, and people of faith, according to pro-life leaders.

State Assembly Member Ash Kalra, D-San Jose, the sponsor of the bill, said the goal is to stop “the infiltration of extremists in our law enforcement agencies,” according to The Federalist.

Kalra’s legislation defines hate speech as “advocating or supporting the denial of constitutional rights of, the genocide of, or violence towards, any group of persons based upon race, ethnicity, nationality, religion, gender, gender identity, sexual orientation or disability.”

But the California Family Council said this extremely broad, arbitrary definition could be used to discriminate against peaceful, law-abiding Christians, Muslims, pro-lifers and conservatives.

“This is a blatantly unconstitutional violation of religious liberty and freedom of speech. It is also a tyrannical abuse of power from a politician seeking to ruin the lives of those he disagrees with,” said Greg Burt, director of capitol engagement for the pro-life organization.

The broad definition raises questions about whether the Catholic Church could be labeled a hate group because it rejects the so-called constitutional right to an abortion, or whether Muslims could be banned from the police force because they attend a mosque that speaks out against homosexuality, his organization explained.

The California Assembly Public Safety Committee is set to consider the bill on April 6, which will likely garner much opposition from pro-lifers and people of faith during the hearing.

These liberals will answer to God, and it won’t be pretty.

And it won’t be long.

Amen, The YHWE calls this act of murder.

This is pure illegal, unconstitutional, and discriminatory persecution and the California local and state governments can and should be sued.

Since when did california care about anyones rights except for the leftist elites.
Leave now and fast.

Wouldn’t what they are doing be classed as discriminatory to the police officers ? I mean the Law Enforcement Accountability Act should be called a DISCRIMINATORY ACT and a HATE SPEECH ACT LAW. because of their hate for the Pro Life Movement.

This is the same as removing Christians (pro God) officers. It’s here, the communist democrat mafia has taken over our country….. And we allowed them to do this by electing them. They have divided us so deeply that we are so steeped and obsessed with the hate for each other over. that they created out of their political agenda to destroy our free country, with for issues that only exist in their evil minds. The country fell for their lies and they have USED us to destroy ourselves and our country for their new world order. Now they have their absolute power and control over every aspect of our lives. Satan is alive and well inside the democrat party.

First Amendment rights. It will not hold water.

The proposed law to deny public service to those opposed to the religion of secularism is yet another step in cementing one party rule by the ACP. The American Communist Party (formally known as the Democrat Party) is following in the footsteps of Stalin, Lenin and Mao by trying to restrict certain jobs to party members. This is a transparent, aggressive attack on representative democracy. This will pass eventually if we do not make corrections to our legislative system, like term limits and election reform. One party rule by the ACP is already prevalent throughout cities and the Federal government; where prosecutors are ruled by dictatorial fiat rather than law, and members of Congress may be sent home and replaced by the ACP.

Communism on the move. It is sad, and unconstitutional, when police officers jobs depend on what they BELIEVE!