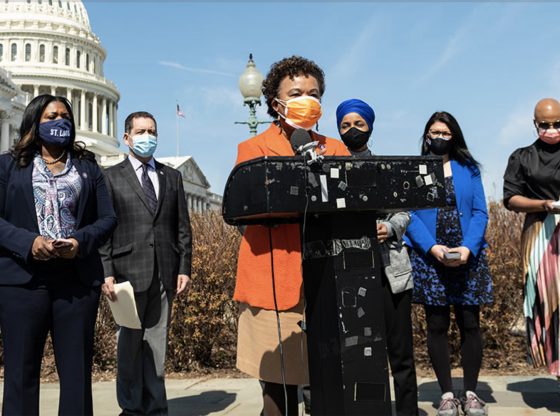 On Thursday, pro-abortion Democrats Rep. Barbara Lee (D-CA) and Sen. Tammy Duckworth (D-IL) announced that they will be filing the Equal Access to Abortion Coverage in Health Insurance (EACH) Act that would permanently restrict the Hyde Amendment from prohibiting federal funds going to abortion.

“The Hyde Amendment has to go. It’s caused decades of harm, especially for women of color working to make ends meet,” alleges Silvia Henriquez, co-president of pro-abortion All* Above All.

Other pro-abortion groups, such as NARAL, claimed the life-saving Hyde Amendment was “systematically racist” and discriminated against people based on “immigration status” in their defense of the EACH Act.

Center for American Progress, another extreme abortion-supporting group wrote, “The EACH Act would take a necessary step toward ensuring equitable abortion access for all by guaranteeing abortion coverage without restrictions based on a person’s income, insurance provider, or geography.”

According to the Charlotte Lozier Institute, the Hyde Amendment saves over 60,000 lives each year.

What are your thoughts on the EACH Act, which strips out the Hyde Amendment for good?

It’s a majority blacks that are being aborted, these are potential democrat voters, and abortion is being supported by mostly whites, this should tell blacks they are being exchanged for hispanics and others. Blacks are losing in every way their power is being depleted by immigration and abortion.

So, why, pray tell, are they voting in lock step with those white Democrats to keep the “genocide” alive and expand it?

Yet they claim black lives matter, I will believe they mean it when they stop aborting black lives.

LISTEN UP….ABORTION is MURDER. ANYONE Who Does NOT Make PEACE With GOD….Will Be Sent to the KINGDOM of HELL. From SamuraiQueen. 😩😩😩

Abortion is not a black and white issue, it is a moral issue. My religious convictions forbid abortion, but in a free country, I can’t force my views on those who don’t believe as I do. It is the nature of freedom of religion and freedom of speech. But under NO circumstance, should I be forced to supplement a position I so vehemently oppose. It is between those who abort and God and if they don’t believe in God as I do, that’s fine, they can take it up with him on judgement day. The last word is abortion is a sin and the government is forcing me to be compliant in that sin by making me pay for it. They are standing between me and my God and THAT is not freedom of anything, much less religion.