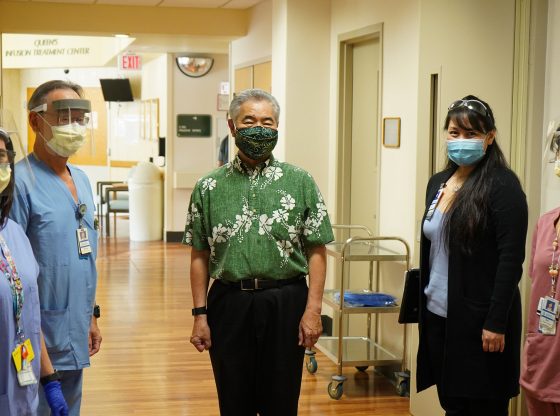 On Monday, Hawaii Gov. David Ige signed a bill, H.B. 576, that would be the latest state allowing nurses to practice abortion procedures without the help of physicians.

“Hawaii law previously said only physicians could perform early, in-clinic abortions. But because of a doctor shortage, several smaller islands lack abortion providers which forces residents of those islands to fly to Honolulu if they need the procedure,” Fox 5 reports.

“The new law, which took effect when the governor signed it, allows advanced practice registered nurses to prescribe medication to end a pregnancy and to perform aspiration abortion, a type of minor surgery during which a vacuum is used to empty a woman’s uterus. The nurses will be able to do both during the first trimester of a pregnancy. The aspiration abortion may be performed in a hospital, clinic or nurse’s office.”

Hawaii Life Alliance urged lawmakers to vote against the bill, testifying about the serious risks to women and girls as well as unborn babies.

“Vacuum aspiration is performed with a machine that uses a vacuum to suck the baby out of the uterus,” the pro-life organization told lawmakers in February. “If women are going to choose to use this risky method where there are notable risks and complications, they need to be closely monitored and they need to have a licensed physician.”

“Expanding the number of people who can provide abortion will increase the number of unborn children being killed,” the pro-life organization stated.

Hawaii has long been a liberal-dominated, pro-abortion state, but this latest push shows it is willing to go to extreme lengths to make abortion as readly available as possible.

GOP Legislatures Aim to Ban At-Home Abortions by Mail Amid Biden Push
GOP Rep. Seeks to Force Pelosi to Put Pro-Life Bill up for a Vote

Boy they will resort to anything to murder the unborn. Believe me it won’t be ling before these soulless “nurses” will be performing late term abortions too.

How can anyone, knowing how God feels, murder little babbies? You are evil abominations!!!you will go to hell 🐍🐍.