GOP Rep. Seeks to Force Pelosi to Put Pro-Life Bill up for a Vote

Home /National/GOP Rep. Seeks to Force Pelosi to Put Pro-Life Bill up for a Vote 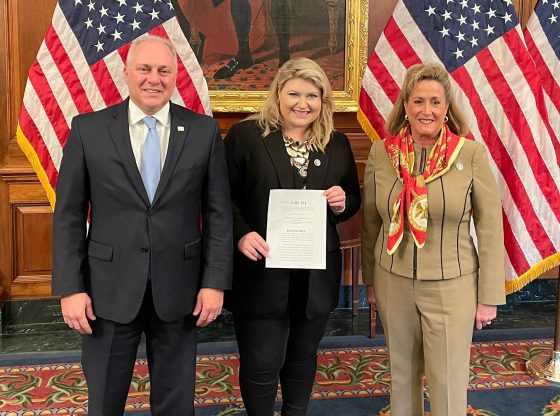 The Florida congresswoman would try to force a vote on the measure by getting enough signatures of a simple majority of the House of Representatives. Right now, with the Democrats’ majority barely hanging on, the congresswoman would only need 218 signatures to force a vote. Right now, Republicans hold 213 seats in the chamber, meaning only five Democrats would be needed to swing the vote.

“The right to life is the most sacred, inalienable human right afforded to us in the United States,” Rep. Cammack said. “I urge my colleagues to stand up for what is right in putting an end to the dangerous, immoral abortion practices that take place daily in our country, and I look forward to working with Republicans in Congress and everyone who stands for life in moving this bill forward toward a floor vote this Congress.”

“I will not stop working until this legislation becomes law, so newborns have a chance at life when they are at their most vulnerable,” Rep. Wagner said. “For too long, Nancy Pelosi has blocked my commonsense legislation that protects the innocent lives of children born alive. We must take a stand and tell her the American people want the Born-Alive Act passed and signed into law.” Wagner previously sponsored the measure in the 116th Congress, but the bill has a much better chance of passage with the Democrats’ feeble majority.

Proud to be one of the first signers.

Will Dems finally join us? Or keep blocking this life-saving legislation? pic.twitter.com/I775PayACu

Jeanne Mancini, president of March for Life, told LifeNews.com that she strongly supports the discharge petition:

“We strongly support the Born Alive Abortion Survivors Protection Act and applaud Whip Scalise and Congresswomen Cammack and Wagner for bringing forward the Born Alive discharge petition as well as those Representatives who have signed on. This is a common-sense bill that would require medical professionals to provide the most basic, necessary care for babies who have survived failed abortions – something that, disturbingly, some elected officials have pledged to oppose. CDC data shows that at least 143 babies were in fact born alive after a failed abortion between 2003-2014. These infants deserve equal protection under the law and Americans deserve to know where their representatives stand on this bill which is inspired by basic compassion and human dignity.”

I as. Voter in Alabama want to encourage the democratic representatives that are pro life to step up remember God is sifting his wheat which are you?

LISTEN UP….GOD is Against ALL ABORTIONS. ANY WOMAN Who Does NOT Make PEACE With GOD….Will Be Sent to the KINGDOM of HELL. GOD’S Ways are STRICT and His ANGER FIERCE but HE has the LAST WORD. From SamuraiQueen. 😩😩😩

Mrs. Wagner and Mrs Cammack remind PILLOUSER she’s hasn’t been excommunicated from the church yet and she should sign this bill and make it a law, also remind her God doesn’t like sinners and infanticde is Murder, also tell her some Americans have spoken the the Cardinal for her and Biden to excommunicated from the Catholic Church, we already know of one Archbishop and 2 Cardinals who are in agreement of doing this!