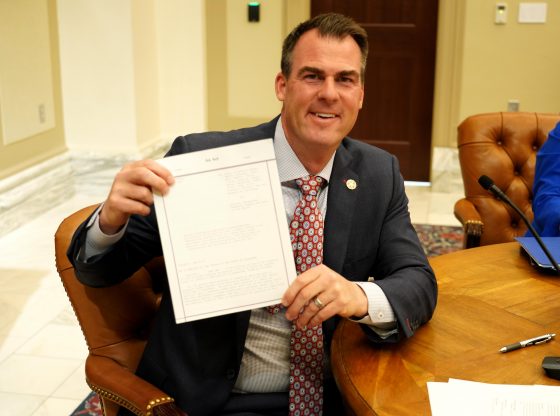 On Monday, Republican Oklahoma Gov. Kevin Stitt signed three pro-life measures into law, including the fetal “Heartbeat Bill,” which bans abortions after a fetal heartbeat is detected at six weeks or older.

The other two measures Stitt signed included a bill to require abortionists to be certified in obstetrics and gynecology and adding performing an abortion to the list of unprofessional conduct by doctors.

After he signed the bills, Stitt wrote on Twitter, “I’m keeping my promise to sign all pro-life legislation. We now have three more laws protecting the lives of the unborn! HB 2441, HB 1904, and HB 1102.”

Sponsored by state Sen. Julie Daniels, R-Bartlesville, House Bill 2441 would require abortionists to check for the unborn baby’s heartbeat and prohibit the abortion if the heartbeat is detected. Typically, that occurs about six weeks of pregnancy. Exceptions would be allowed if the mother’s life is at risk or a doctor certifies in writing that her pregnancy is “medically futile.” Abortionists who violate the law could be charged with homicide.

The state House passed the bill in March.

Stitt also signed a bill requiring that abortions be done by doctors who are certified OB-GYNs and another bill that would add abortions to a list of unprofessional conduct actions by doctors.

“Roe vs. Wade, number one, is not a law of the land,” Rep. Todd Russ, another co-author of the Oklahoma bills, said in March. “It’s an opinion of a non-elected body of Supreme Court justices that gave an opinion many, many years ago,” he continued, comparing it to the Supreme Court once upholding segregation in an 1896 ruling.

Polls suggest many Americans support strong limits on abortion. A 2019 Hill-HarrisX survey found that 55 percent of voters said they do not think laws banning abortions after six weeks – when an unborn baby’s heartbeat is detectable – are too restrictive. Gallup polls also consistently have found that a majority of Americans think all or most abortions should be illegal.

A number of states have passed heartbeat laws in recent years, but most have been banned from enforcing them due to legal challenges by abortion activist groups. South Carolina passed a heartbeat law in February, and Texas is debating similar legislation.

In response to Stitt’s signing of the bills, the New York-based Center for Reproductive Rights’ Elisabeth Smith said, “These extreme bills are designed to cut off abortion access for people in Oklahoma — a state that already has more abortion restrictions than almost any other state.” 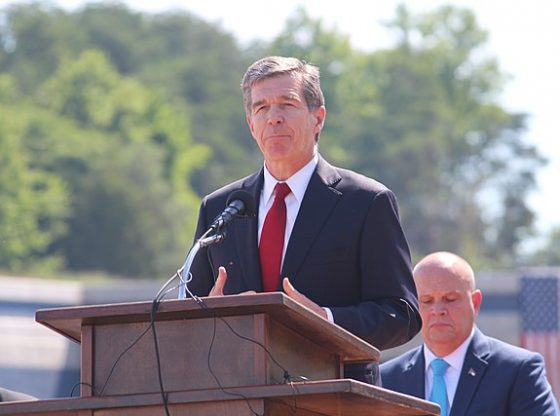 Whos to say the doctor is going to be honest. He could say he checked for the heart beat and didn’t hear it then he could go ahead with the abortion. Who is going to check on him to make sure what he said is the truth.? All babies matter and deserve the chance to see the light! God bless you beautiful little babies.

The “Heartbeat Law” should be the law in all 50 states. A heartbeat is a clear sign of a baby. A mere collection of developing cells doesn’t have a heartbeat. The overreach of the Supreme Court in Roe v Wade is the reason for the turmoil over abortion that stains this Country, just as slavery did before the Civil War. If the Court felt so compelled to engage in abortion promotion, the heartbeat would have been a much more logical basis for a cutoff of abortion “protection”.

I am very glad to see all three bills passed and signed, especially the last. I’ve always said that abortion is against what the Hippocratic Oath states….”I will do no harm.” Any way you look at it, an abortionist is doing harm to a life!

Damn Skippy! I used to feel that Women DID have the right to control their bodies and if abortion is a sin then let it be on the head of the sinner.In other words, not my business. But now, with NY allowing full term abortions and with what I’ve learned about the profit incentive (ie, “harvesting”) I’ve had to change my mind. All that’s necessary for evil to flourish is for good people to do nothing. Even before I became a Christian I came to this conclusion. GOD BLESS EVERYONE!