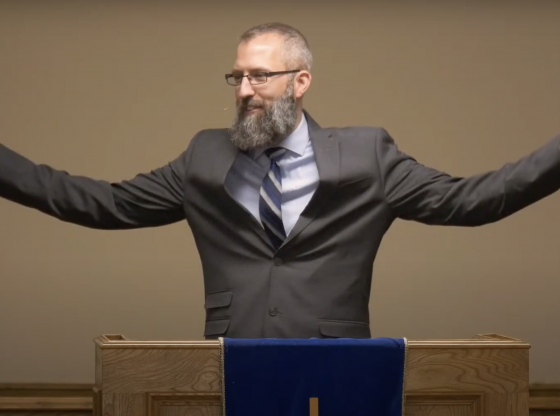 In Canada, Christians and other people of faith are under assault by their government, which is oppressing them, especially during this viral outbreak across the world which originated in China.

According to Life Site News:

The third Canadian Christian pastor to be jailed for defying COVID-19 health rules will be released after a judge yesterday agreed to let him out so long as he abides by a now-amended May 6 injunction order issued by the Alberta Health Services (AHS).

Pastor Tim Stephens of Fairview Baptist Church in Calgary, Alberta, was arrested in front of his family and then jailed on Sunday, May 16, after holding an indoor church service which went against the provincial government’s rules.

Stephens and his church have for months been under surveillance by AHS, the Calgary Police Service, and city bylaw officers because they have not bowed to government rules which limit worship congregation size and mandate masks. Additionally, Fairview Baptist was visited on multiple occasions by AHS and police.

According to the Justice Centre for Constitutional Freedoms (JCCF), the legal group representing Stephens, AHS had wanted to keep him in jail until he agreed to “consent to the violation of his Charter rights and freedoms by Alberta’s public health orders.”

The JCCF noted that Stephens was arrested based on a May 6 court injunction issued by Associate Chief Justice Rooke, which was directed at the owner of Whistle Stop Café in Mirror, Alberta, who had defied government health orders and opened for dine-in service.

Canada is known as a hotbed for anti-Christian radicalism by the government, including extreme abortion laws and euthanasia referrals required by Christian medical professionals, sex reassignment surgery for children, and Christian universities being denied accreditation for pro-life views.

Vatican Warns Bishops Not to…

Ban Trudeau from life and all in his CCP administration. Time for Canada to grow a pair and ELIMINATE YOUR TYRANTS.

Unfortunately, they just don’t have a pair to grow.

I say to ALL Canadians … Crawl out from under your Tyrant’s thumb and live your life as you please ! Tell those Gestapo Nazis to GO TO HELL !

Take a close look at what’s happening in Israel folks, because when the liberals finally rid themselves of the Jewish faith, the Christian faith will be next.