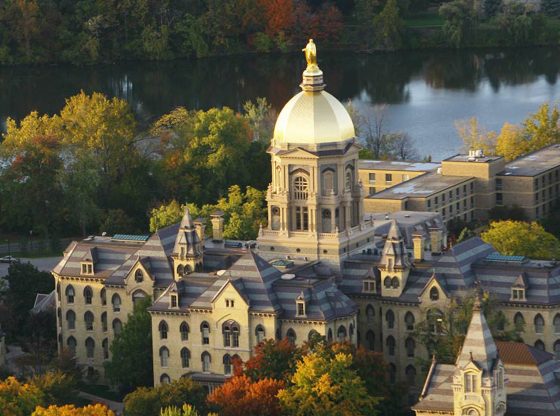 Joe Biden was originally set to address Notre Dame for its 2021 commencement ceremony but bailed at the last minute after thousands of Notre Dame students, alumni, and other members of the community petitioned against the former vice president’s presence at the ceremony.

According to the Daily Wire:

President Joe Biden on Sunday will break a 20-year tradition of a president or vice president delivering a commencement address at the University of Notre Dame during the first year of a new presidency.

Sources at the White House claimed the school had invited Biden to speak, but said the nation’s second Roman Catholic president is unable to attend because of a scheduling conflict, according to the Catholic News Agency (CNA). Jimmy Dunne, who is a finance executive and trustee of the university, will address the graduates instead.

Citing the injunction of the United States Conference of Catholic Bishops (USCCB), which said, “Catholic institutions should not honor those who act in defiance of our fundamental moral principles,” the petition said in part:

Biden is such a person writ large. He rejects Church teachings on abortion, marriage, sex and gender and is hostile to religious liberty. He embraces the most pro-abortion and anti-religious liberty public policy program in history. The case against honoring him is immeasurably stronger than it was against honoring President Obama, an action that alienated countless Catholics and brought upon Notre Dame the harsh criticism of 83 cardinals, archbishops and bishops.

Currently, Biden and other “Catholic” leaders will learn their fate when the United States Conference of Catholic Bishops convenes to determine whether pro-abortion politicians will be allowed Holy Communion, as they are not in good standing with the Catholic Church, per canon law.

And Pelosi! Another Catholic in name only. Failed Christian!

About time. He should have been excommunicated long ago. He is a true heathen in the true sense of the word. You can’t break every law of God and say you are a good Christian or Catholic. He may not face judgment now but he will when he takes that last breath. A day of reckoning.

Could he be called a CINO?

AMerica and the WORLD WAS GREAT when TRUMP was POTUS
joke bidet and the squatters at the WH love genocide.

Hope Council will take a stand. Unfortunately the Pope is a socialist.

CONGRATULATIONS NOTRE DAME! Standing your ground for what is true and right! We are to be IN the world but not OF the world! The church is becoming secular like the culture. This is happening in more denominations besides Catholicism. 😢

These people that do not follow the faith should be expelled permanently from the church, if the church wont expel them then the church is also guilty

Notre Dame does a lot wrong. THIS they got right – but for the wrong reason. The ND “family” should have objected because Biden is a hard-over anti American, who wants to be a dictator. Americanism is more important than abortion – as bad as that is.