Biden spoke recently regarding the catastrophe happening in Afghanistan, as well as mask mandates, “saying he would direct the Department of Education to look into legal action against state governors who leave masking up to parents rather than school boards,” one report noted.

“Unfortunately, as you’ve seen throughout this pandemic, some politicians are trying to turn public safety measures — that is, children wearing masks in school — into political disputes for their own political gain,” Biden said.

“We are not going to sit by as governors try to block and intimidate educators protecting our children,” the president added.

Republican governors across the U.S., notably Gov. Ron DeSantis in Florida, Gov. Greg Abbott in Florida, and Gov. Kevin Stitt in Oklahoma, have taken action in their states to prevent school districts from compelling children to wear masks in school, leaving the choice up to parents.

In his comments,… Biden said he would direct U.S. Secretary of Education Dr. Miguel Cardona to use “all of his oversight authority,” and take “legal action if appropriate, against governors who are trying to block and intimidate local school officials and educators.”

ITS TIME TO EXERCISE OUR RIGHTS.

THIS FRAUD GOVERNMENT ARE FREEDOMS ENEMIES. WE CAN NOT SIT STILL AND ALLOW THEM TO CONTINUE.

Not sure anything he says is legal since his mental state is gone.

America is not teasing: NO UNCONDITIONAL MASK MANDATES OR MANDATES OF POISON VAX. WE THE PEOPLE MANDATE TGE IMMEDIATE INDICTMENT FOR TREASON OF ALL IN FRAUD OFFICES. EVERY DEMOCRAT CHEATED. EVERY DEMOCRAT IS A TRAITOR.

Biden is an incompetent nincompoop who acts like he is king. He is abandoning American citizens to the Taliban and he talks about forcing children to wear masks that deprive them of oxygen. Get this POS and the rest of these tyrant’s out of office.

this man can go suck a big slimy turd

Someone should tell old Sniffy that he has no authority to order state governors to do anything.

The Governors should counter sue China Joe, citing ALL his monumental failures and corruption.

Impeach the n,azi bidet squatting at the WH and all his cronies 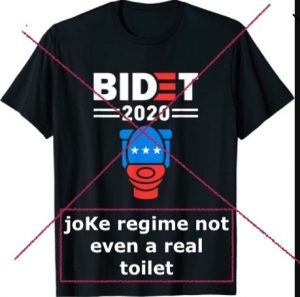