White House Doubles Down on Bashing Pro-Lifers as Extremists

President Joe Biden speaks with members of the press on the South Lawn of the White House, Tuesday, October 5, 2021, after his trip to Michigan. (Official White House Photo by Cameron Smith) via Wikimedia Commons.
| Prolife Update Staff | National | 11

The bill, H.B. 4327, would ban all abortions after the moment of conception except in cases of rape, incest, or to save the mother’s life. The bill bans any procedures that “cause the death of an unborn child,” which it defines as a “human fetus or embryo in any stage of gestation from fertilization until birth.”

Republican Gov. Kevin Stitt has indicated that he will sign the bill, which will go into effect immediately.

“Today’s action by the Oklahoma legislature is the most extreme effort to undo these fundamental rights we have seen to date,” she said. “In addition, it adopts Texas’ absurd plan to allow private citizens to sue their neighbors for providing reproductive health care and helping women to exercise their constitutional rights.”

She added, “This is part of a growing effort by ultra MAGA officials across the country to roll back the freedoms we should not take for granted in this country.”

Those who wanted to be born but were not, are waiting for Pelosi and Biden on the other side, why is everybody picking on us﻿? Everything is blowing up in bidens face, no leadership skills, total family corruption, his America last policy has made him a traitor to the American people. Secure our borders, stop the drugs, once impeachment starts all the BS will be reversed. Jail time for all who have lied to Congress and broke their oath of office.

Biden is led around by the nose and has no morals, so just staggering around looking stupid is exactly how he is. He’s a joke! He’ll be sorry when he ends up in Hell for allowing all these babies to be killed.

Who died and left Federal Government in charge of everything. Calling me an Ultra Maga is a badge of honor. I have the same Rights to voice my opinion. I am proud to be Pro Life. I also believe in being fair. To get pregnant and seek an abortion of a healthy fetus just because you and your partner were too lazy or drunk to use birth control and compound that you don’t get a morning after pill. We all are expected to pay for our mistakes. Time to pay up.

Choice ends at conception! It’s then that responsibility takes over. Ladies you have a right and a choice to have sex.

You want to kill babies but want to save the animals? Go figure.

Wake the President to tell him there is a call for him from the Pope.

The current WH Press Sec. is even more ignorant than “Circle -back Psaki”.

We all know who the extremist is. He’s the doddering old mumble bum with white hair and no brain.

Our CIC (Coprolite in Chief) is supposed to serve as a coach to the team of state governors. Instead, our CIC stinks up the place with incompetence, ignorance, lying, cheating, fraudulent tactics and constant criticism. On the other hand, most governors earn more respect through better judgement and results than the oval office occupant.

Our nation faces two and a half more years of suffering under an afflicted, witless and no-talent coach who seems determined to destroy the nation with hatred of free enterprise and love of oligarchy. Seems a double impeachment and removal is the only path to redemption for the U.S. To fail is unthinkable. 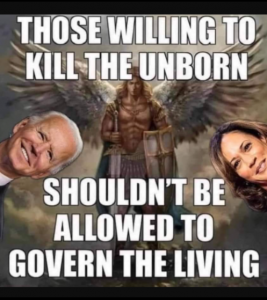