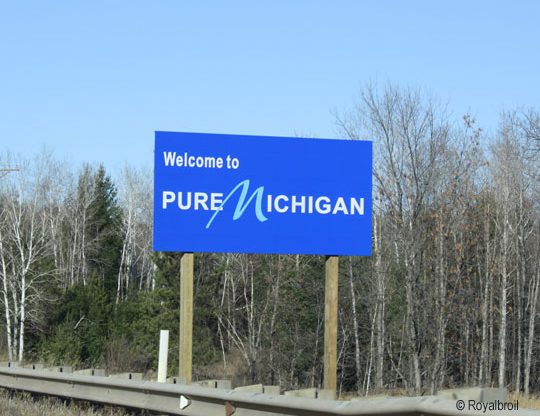 Following Dobbs v Jackson, the pro-life movement has been taking strides across the nation. But it’s not all good news.

Large swaths of the country are still fighting hard to enable the murder of young children and sometimes using the Constitution to do it. In Michigan, a law protecting unborn infants was nearly 100 years old. The 1931 abortion law made all abortions illegal save or when the woman’s life was in danger. At least, it did until Judge Elizabeth Gleicher struck it down.

On Wednesday, September 7th, Gleicher ruled that the law was “unconstitutional.” Shocking isn’t it? That something could be unconstitutional that simply protects the blessing of life?

More from The Daily Wire:

Gleicher ruled the law will “endanger the health and lives of women,” violating both their bodily integrity and right to equal protection as protected under the Michigan Constitution, which she said can be interpreted more broadly than the federal Constitution.

“Manifestly, criminalizing abortion will eliminate access to a mainstay healthcare service,” Gleicher wrote in her opinion. “For 50 years, Michiganders have freely exercised the right to safely control their health and their reproductive destinies by deciding when and whether to carry a pregnancy to term. Eliminating abortion access will force pregnant women to forgo control of the integrity of their own bodies, regardless of the effect on their health and lives.”

The judge also said that the promotion of public health is of “peculiar state interest” and that the abortion ban also prevents women from thriving as parents of “wanted children.”

“The statute not only compels motherhood and its attendant responsibilities, it wipes away the mother’s ability to make the plans she considers most beneficial for the future of her existing or desired children. Despite that men play necessary role in the procreative process, the law deprives only women of their ability to thrive as contributing participants in world outside the home and as parents of wanted children,” Gleicher wrote.

The law wasn’t in effect when Gleicher overturned it. Michigan passed the law in 1931, but then it laid dormant from 1973 up until last June while Roe v. Wade stood as Supreme Court precedent. After the Supreme Court ruled on the Dobbs v Jackson decision, the rule moved to a “suspended” status. Now, it is dead.

Fortunately, pro-lifers in the state have been passing around a petition to place similar legislation back on the ballot. Currently it has 700,000 signatures, but some Republicans on the State Board of Canvassers say it has errors.

Not only is this ruling entirely wrong, but Gleicher is extremely partisan. She regularly donates to Planned Parenthood in Michigan and is an outspoken advocate for the murder of unborn children. While she was a lawyer, she represented Planned Parenthood in the 90’s. She even earned the organization’s “advocate award” for her staunch support.