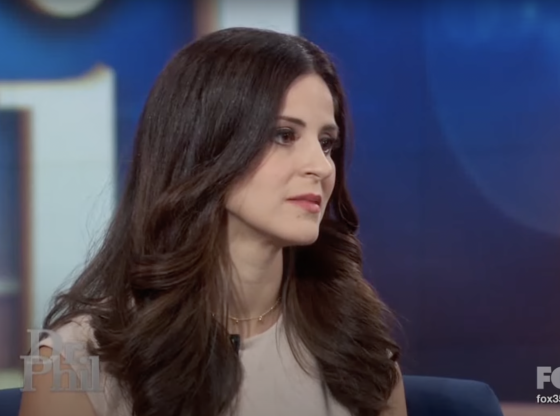 Live Action President and Founder Lila Rose went on Dr. Phil on Monday. While on the show, they discussed the “carry to bury” situation with children who have a very short time left to live. Nancy Davis and her partner discovered at 10 weeks pregnant that their child had acrania. The doctor recommended an abortion which was illegal in Louisiana. Would that be right though?

When discussing with Dr. Phil how much emotional turmoil the situation had put her through, Davis said she didn’t want to carry a baby just to bury the baby. But all that her abortion did was kill her baby more quickly than acrania would have. She lost what could have been weeks with her child because she didn’t want to bury her baby.

If she didn’t want to bury her baby, where is her baby now? There is always a dead body following an abortion, yet no one is asking what happened to these children. Typically, children who are aborted are disposed of as medical waste.

Another question Dr. Phil failed to ask is what type of abortion was used. At 16 weeks, the most common abortion procedure is the D&E (dilation and evacuation) abortion, which dismembers the child by ripping her arms and legs from the trunk of her body.

The other option would have been an induction abortion, though those are usually carried out later in pregnancy after 22 weeks. In that procedure, a heart attack is induced in the child using a drug injected into the baby’s head or heart.

Abortion is never the answer to any problem whether it be physical, emotional, social, or financial. Rose boldly and bravely shared the pro-life message with Dr. Phil’s nearly three million viewers on Monday and likely changed hearts and minds on the issue.