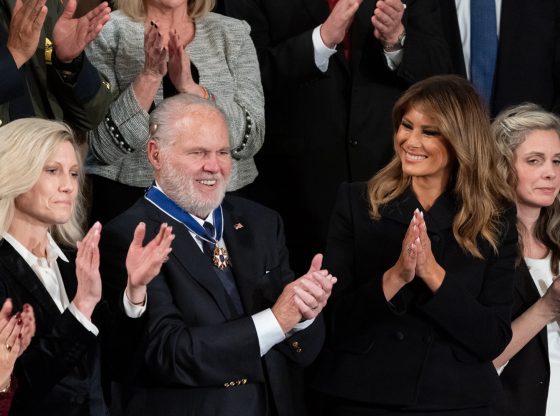 On Wednesday, conservative talk radio legend Rush Limbaugh passed away from cancer at the age of 70.

According to Catholic University professor, Dr. Michael New, Limbaugh led the discussion to keep the Republican Party pro-life. “During the 1990s, many wanted the Republican Party to abandon the pro-life plank in the party platform and nominate candidates that supported legal abortion. Rush played an important role in keeping the GOP Pro-Life,” wrote Dr. New.

His pro-life voice will be missed.

During the 1990s, many wanted the Republican Party to abandon the pro-life plank in the party platform and nominate candidates that supported legal abortion.

Rush played an important role in keeping the GOP Pro-Life.

“This is one of the greatest illustrations of the butchery, if you will, of our culture and the literal attack on words to call what happens in a Planned Parenthood clinic ‘health’?” he asked on his show. “Whether you preface it by saying women’s health or whatever, there’s nothing healthy going on in here.”

Here is one quote from the avid pro-life radio host:

I just want to tell you something. I really think that abortion is at the root — you could do a flowchart — I think abortion is at the root of so much that has and is going wrong in this country. I think that the number of abortions themselves, but what in toto it all means, culturally, in terms of the sanctity of life, how that’s crumbled, I think it’s almost at the root of everything. And if it’s not at the root of everything, it’s clearly had a profound impact on our culture, our society, and our politics, I think in ways that people don’t even stop to consider.

None of it good and it’s caused all kinds of horrible problems that nobody knows how to fix. Because they refuse to even accept that abortion is more than what it is. To most people, it’s just a woman’s right to choose, and it’s nobody’s business, and leave it alone and I don’t want to talk about it.

But it’s really had much more impact on this country than just that. It’s had impact on crime. It’s had a profound impact on our politics. It is at the root of our cultural rot and decay.

Limbaugh tried to prepare his listeners of his eventual demise, saying on one of his final broadcasts of 2020, “I want to, but the day will come where I’m not going to be able to, and I want you to understand that even when the day comes, I’d like to be here,” he said, adding that it’s because he wants to continually show them his appreciation. “So I hope you all have a great Christmas, a great New Year, and I hope that the things that are in store for all of us in the coming year are certainly better than what we have endured in 2020.