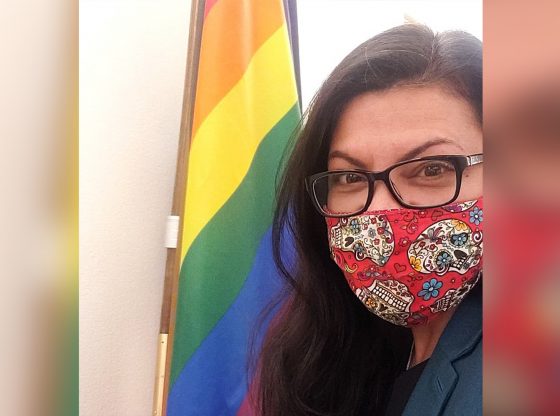 On Thursday, the U.S. House of Representatives passed a sweeping and extreme bill called the “Equality Act,” which would reform the U.S. Civil Rights Act to add “sexual orientation” and “gender identity” as classes protected by “nondiscrimination” statutes.

As many conservatives — and, indeed, many liberals — have noted, the law’s provisions would undoubtedly lead to an erasure of women’s rights. If passed, the legislation would put women at risk by granting biological men who identify as women access to female-only spaces, including shelters for battered women, locker rooms, dressing rooms, dorm rooms, and restrooms. The bill would also require sports teams to let such men participate in women’s-only sports leagues, putting female competitors at a clear disadvantage.

But the Equality Act is more insidious still. In addition to rendering male–female distinctions essentially null for the purposes of law, it would smuggle in a redefinition of discrimination that would make it impossible for individuals and institutions to decline to perform or pay for an abortion.

Under the Equality Act, health-care professionals would be required by law to perform sex-reassignment procedures or offer related hormone treatment, even if such procedures contradicted their own best medical judgment. So too, the law would treat refusals to perform an abortion as pregnancy discrimination, which would be treated as an illegal form of discrimination on the basis of sex.

The bill’s text also stipulates that those with “a related medical condition shall not receive less favorable treatment than other physical conditions,” which would in effect make it illegal for physicians to decline to perform an abortion. The legislation therefore would enable women who are denied an abortion, even as a result of a health-care worker’s religious or conscience objections, to challenge the decision under the law — and most likely, they would be legally successful.

This radical forcible taxpayer abortion bill would destroy First Amendment protected freedoms for medical professionals who do not want to perform abortions, while American taxpayers would foot the bill for the anti-life procedure.

It just goes to show that the democrats, no matter how much they say they are for women and womens rights, dont give a crap about women except when its election time. If they cared anything they would not have this piece of trash legislation and would be screaming foe Cuomo to resign over sexual harassment.
Will women remember at election time? I hope so.

How do we stop it? We voted and they cheated to win. We object to their laws, yet they force them on us. God help us!

This should be challenged in the Supreme Court as Abortion is against my religious beliefs. Why should I be forced to pay for what a conscious couple could have prevented to begin with. Their are multitudes of products to avoid unwanted pregnancy.

The Equality Act is the Worst Invasion of our Freedoms against tyranny. It brings every HORROR in a moral person’s life and slaps them in the face while making all these horrors available to the general public. In this regard, Abortion is no big deal and every female, no matter the circumstances, must be allowed to have one. WRONG.

Abortion is but one of the many evil actions that would turn our Nation into a bordello of sins, he/she transgender participants in girls sports would be allowed; gay and transvestite teachers employed to brainwash our children in public schools about their lifestyles; churches, businesses, etc. would be forced to allow all LGTB individuals into their facilities and give them equal services.

The Equality Act is nothing about equality but is the LGTB’S ATTEMPT to force themselves into our lives as “normal” people. Not only is Abortion on Demand desired by them, but the ability for a young preteen to get puberty inhibiting drugs and eventually a sex transition surgery to become a transgender WITHOUT ANY PARENTAL CONSENT.
Giving a young hormonal impacted child the ability to make an adult decision that will affect their lives forever is Sinful. It’s in the Equality Act!

This nasty evil act MUST NOT pass in the Senate. To STOP IT FROM PASSING, CALL OUR CAPITOL, 202/224-3121, ask for your state Senator and tell him/her:

.👉”Do NOT pass the Equality Act. It is the worst legislation that steals our American people’s Freedoms and takes away American’s control of their children, makes abortion on demand, and destroys Religious Freedom. We do Not want Senators that do not serve our American people and we will make sure you, Senator, will not be re-elected if this passes the Senate! Thank you for your time.”👈

Call your Senators NOW!! Read the above message to them or their interns. But TELL THEM EXACTLY HOW YOU FEEL ABOUT THIS HORRENDOUS LGTB ACT TO DESTROY OUR NATION’S PEOPLE! Because if you and everyone around you does this, our Senators will know exactly how we feel about this unnatural and evil invasion of our moral lives and they will Not pass this abominations Act! DO THIS IMMEDIATELY! DO THIS NOW!

THANK YOU AMERICANS!! God Bless You and God Bless America!

And, if thos Act passes the Senate, YOU moral, God living individual would be fined and imprisoned if you “denied” any LGTB person any of your services. Yes, YOU would go to jail.

Taking away our parental ability to control what happens to our children is 100% WRONG! Allowing abortion to happen any time during the pregnancy is 100% WRONG! Forcing Americans to service those who they believe are committing moral sins because of our Fath is 100% WRONG! How much more WRONG do you need to get angry and start defending your FREEDOMS?

CALL YOUR SENATORS! READ THEM THE MESSAGE IN MY COMMENT (👉👈) ABOVE! TELL THEM TO VETO THE EQUALITY ACT BECAUSE IT IS THE WORST LEGISLATION TO EVER HIT OUR NATION AND MUST BE STOPPED!

This woman is the height of hypocrisy because she’s a Muslim and they hate homosexuality… so, is she being disloyal to her own religion just to pander to the LGBTQXYZ?

Men in women’s dressing rooms, well ok then it’s past time for you women who claim to be men play their sports football, basketball, soccer men’s gymnastics, it’s all open for you women to men to step forward and be recognized in men’s sports I mean really it’s only fair you want to be on the Denver Broncos go for it, Seattle Seahawks, Chicago Bears , New York Giants all these sports are now opened for you and they can’t say NO that would be discrimination so go for it guys!

If this UNEquality acts gets passed in the Senate I’m getting a lawyer and going after all the demonrats money is no object, I know how much they earn, so what do you say America, I think it’s called Suing them, take them to court and drag it out!

It’s OK! The corrupt satanic Nazi democrats will all be destroyed very soon!!!

These so called people are pure evil!

Sounds to me like and I hate to say it but with these ignorant communist and these rules and regulations by COMMUNIST it is time for a war to start . no law this COMMUNIST make should even be enforced or even considered. We ain’t making tjese babies we should not pay for them because a ignorant COMMUNIST says so. I guess I will go talk to my boss and just tell him good by and have a life somehow . I am off to quit my job I will not pay for ABORTIONS if I didn’t get the pleasure of making them .

Now they don’t won’t post my last message . awaiting APPROVAL because either because I talk about ignorant DICTATOR laws that I will not abide by or the abortion or about us needing a war . to stop the ignorance of this DICTATOR tjese ignorant communist in power in our country.