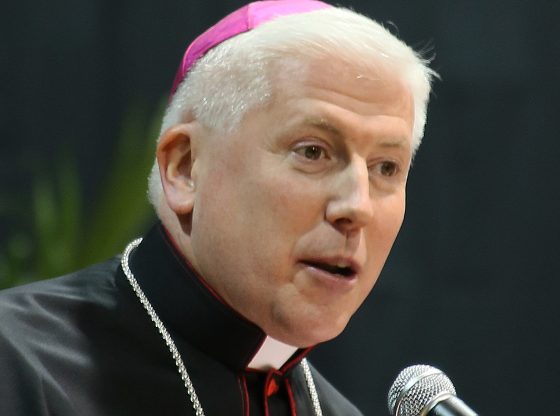 On Saturday, Catholic Bishop Daniel Thomas of Toledo, Ohio released a scathing statement against Joe Biden’s pro-abortion “Equality Act,” warning that it would do the opposite of its purported goal: discriminate.

“In effect, the Equality Act discriminates against people of faith,” the bishop said. It “serves as a ‘Trojan Horse’ to promote a pro-abortion agenda and impose gender ideologies that dismiss the truth and beauty of male and female complementarity, and the very nature of the human person …”

The bill passed the U.S. House in February and awaits action in the Senate.

Among other things, Thomas said the bill would be used to force taxpayers to fund the killing of unborn babies in abortions and mandate that doctors and nurses do abortions in violation of their conscience.

The bill also would exempt itself from the Religious Freedom Restoration Act, “making it more difficult for individuals to live out their faith,” he continued. And it would force faith-based charities, including abuse shelters, foster care agencies and others, to violate their religious beliefs, he said.

Doing so would harm millions of people in need who rely on services from faith-based charities every year, the bishop continued. He said the Catholic Church is the largest non-governmental provider of human services in the U.S. through its parishes, schools, hospitals, shelters, legal clinics, food banks and other charities.

“United as Catholics we must stand for the dignity of the human person, both born and pre-born,” Thomas said. “We cannot remain silent in the face of efforts to nullify the exercise of religious freedom in our nation.”

The U.S. Conference of Catholic Bishops also is urging Congress to reject the Equality Act.

“Rather than affirm human dignity in ways that meaningfully exceed existing practical protections, the Equality Act would discriminate against people of faith,” the bishops said in a February statement. “It would also inflict numerous legal and social harms on Americans of any faith or none.”

The Bishop’s ire comes after Joe Biden has championed many anti-life positions while serving in his role, from forcing Americans to fund abortion-on-demand in foreign countries to refusing to uphold the “Hyde Amendment” and promoting pro-abortion radicals to his cabinet.

Read more about other Catholics calling “Catholic” Joe Biden out for his pro-abortion radicalism.

Biden is an evil man. Has pretended to be pro-American and a good Catholic yet his actions go against everything Christian and American. He needs to be taken out of office, if for no other reason, his growing senility. He is a danger to this country and to the world.

You can not claim to be christian, but support baby murder, period. May GOD gift baby murderers the most painful fatal diseases known to man.

Too little too late . Where was the Catholic Church before the election, sitting back with your hand out more worried about loosing Democratic donations then saving innocent lives. Just look at the great job you did producing Catholics like Biden and Pelosi.

The Catholic Church needs to make more noise than that. This should be coming from the Pope. Could have done so much more before the election but pandered to evil Democrats knowing what they stood for. God help the church for turning a blind eye in the first place

The “Bishop” has no business screaming at Biden publicly over his immoral support for gender-benders and abortion! He SHOULD BE EXCOMMUNICATING BIDEN OVER THAT!

Biden needs to be refused communion and if he doesn’t repent his pro-abortion policies, funding and legislation, excommunicated. He and Nancy Pelosi and their pro-abortion, anti-1st amendment colleagues, need to be defeated.

A religious person who has enough courage to speak up