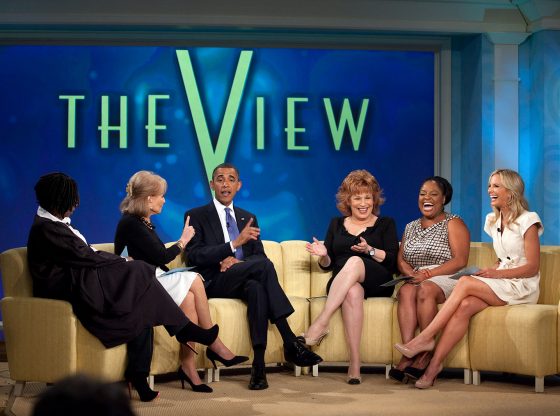 Liberals are celebrating a Dallas high school student who used her commencement address to promote killing babies through abortion.

The liberal media is in love with a Dallas high school student who used her valedictorian speech to wail about a Texas law restricting abortions. Of course, the hosts of The View were enamored as well with the “brave” teen “making a stand” holding up “democracy” and “speaking truth to power” ie: the Republican party.

Moderator Whoopi Goldberg hailed the student “ditch[ing] the speech her school approved her to make to take a stand against the state’s latest anti-abortion law,” before prompting her co-hosts with gooey questions.

“Well, we’re always telling young people to figure out where they stand and make a stand. Sunny, do you think this was the place for her to go off script?” she asked co-host Sunny Hostin.

Hostin, a self-professed Catholic who thinks Jesus would lead pride parades and defends abortion even though she says she’s “pro-life,” lauded the young woman upholding “democracy” by exercising the “First Amendment:”

Absolutely, I do. I mean she’s the valedictorian of the school. That means she’s the best and the brightest in that class. I don’t think that there’s a place for censorship anywhere. This country is about freedom of speech. We talk so much about the First Amendment. I understand in this case the school had approved her speech and she didn’t, you know, speak in the way that was approved. She decided to go off script and talk about something that was very important to her. I think at this time in our country our voices are so important and especially the voices of our young people because without their voices our democracy is nothing but for that. So I applaud her.

This comes after Hillary Clinton and other leftists praised the girl for her promotion of killing babies through abortions.

Dems claiming to be christian and at the same time support genocide of 63 million unborn children and go after Israel, should not be calling themselves christian.

Shame on the student and where are the censors of graduation speeches. She just wants her moment of fame at the cost of her soul

What a very sick young women—- selfish is what she is is. To murder her own children wow