The Pro-Life Movement Now Has a New Flag 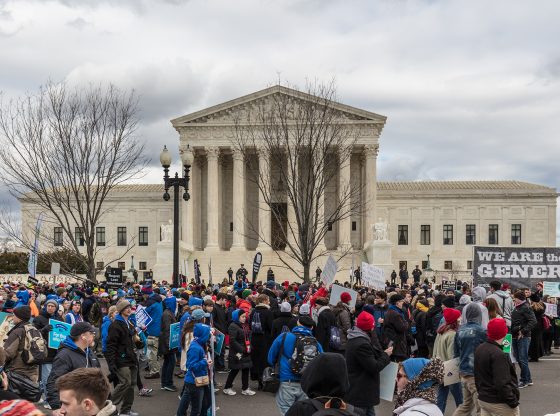 On Monday, the Pro-Life Flag Project revealed the winning pro-life design, a flag showing a mother’s hands wrapped around a baby’s footprints.

“With two feet (child), two hands (mother), two stripes, and two main colors, it emphasizes the TWO lives present in a pregnancy and the love the pro-life movement shows to both,” the project website states.

The flag was a project of a large coalition of national, international, state and community pro-life organizations to create a universally recognized, unifying symbol for the pro-life movement.

Brazilian graphic designer Nanda Gasperini, of Sao Paulo, designed the winning flag. Organizers received more than 1,000 flag designs, narrowed them down to six and then allowed the public to vote on a final design.

According to organizers, the white background on the flag represents non-violence and the innocence of the unborn child, while the baby’s feet are based on the iconic Precious Feet pin, a symbol of the pro-life movement for decades. The pink hands surrounding the feet represent the pregnant mother protecting her child, and the heart in between the baby’s feet symbolizes the pro-life movement’s love for both mother and child.

It's official! Flag F won the vote and is now the Pro-Life Flag! Learn more and get yours today: https://t.co/mRoH8G2H16 pic.twitter.com/9OJMhMOhWQ

Now let’s put that flag on the embassies. How about pro sports wearing it on their uniforms.

In your dreams…the demons in charge will never allow it !

The demons aren’t going to be in charge any longer shortly!

Very nice, I like the pink hands cradling what would seem to be the egg, signifying I guess that it takes a woman to give birth, despite the notion that others can do the job as kind of a blow to the obsequious term trying to be introduced today of “birthing people”.

But that is why there are pink and blue stripes behind the egg signifying it takes the two to make it happen.

I for one would not be surprised if someone purchases this flag to ram up Nancy’s a$$.