Planned Parenthood Forces Its President to Say ‘Abortion’ in Every Interview 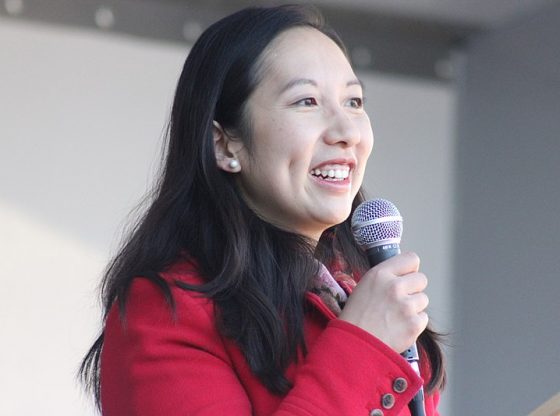 According to a new book, “Lifelines: A Doctor’s Journey in the Fight for Public Health,” Leana Wen, the former president of Planned Parenthood detailed how the board forced her to say the word “abortion” in every single media appearance since the group is so obsessed with it.

After an appearance on The View where Wen did not mention abortion but focused on other services offered by the group, board members were furious.

According to her book, “Next time, make sure you talk about abortion,” one board member texted her.

“You need to talk about abortion at every media interview,” another member said. “You’re the president of Planned Parenthood. People expect that from you.”

“Not saying ‘abortion’ sounds as if you’re ashamed of it,” a yet another Planned Parenthood leader told her.

“If we don’t talk about abortion openly, loudly and proudly, as a positive moral good, then we are further stigmatizing it and the people who need it.”

According to the Insider report:

Wen, who is pro-choice, took the stance that she and the organization should advocate for all reproductive health services, like birth control and sex ed, which could reach more people and help reduce the need for abortions.

She believed using “pro-abortion” language alienated people whose decision to get one was painful. And, she said, most Americans have complicated, nuanced views on abortion. She believed Planned Parenthood should meet them where they are, she thought.

“Eventually, Wen said the board told her to change or leave, and she decided to leave. But while Wen was working with her lawyers on finalizing her departure – and grieving a recent miscarriage, the board voted to fire her instead. Wen said she learned about the vote from the New York Times,” reports Life News.

“Later, the New York Times reported on a leaked letter from Wen to the Planned Parenthood board of directors in which she accused them of trying to ‘buy [her] silence” by withholding her severance package as ‘ransom’ to get her to sign a confidentiality agreement. Planned Parenthood said Wen’s accusations were ‘simply untrue.’”

Wen is a ccp actor…

This is a ridiculous statement. The CCP is for abortion, it promotes and condones abortion. The CCP would view Wen as the enemy not as an ally.