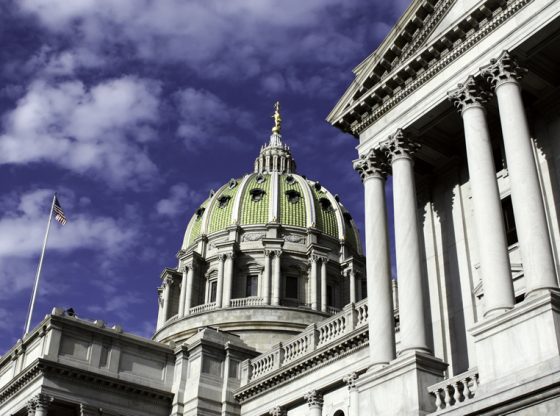 The political arm of Planned Parenthood failed miserably in its efforts to elect pro-abortion judges to Pennsylvania’s state courts.

In sharp contrast, each of the court candidates recommended by the Pennsylvania Pro-Life Federation Political Action Committee appears to be leading in their respective races. If those results hold out, Kevin Brobson will sit on the state Supreme Court; Megan Sullivan will secure a seat on the Superior Court; Stacy Wallace will win a seat on the Commonwealth Court; and Drew Crompton will continue to serve on the Commonwealth Court.

Pro-abortion forces had advertised the statewide court races as a preview of coming attractions in 2022. Next year, Pennsylvania will be electing a new Governor and a new U.S. Senator, in addition to Congressional representatives, representatives in the 203-seat PA House, and half of the PA state Senate.

The election results also demonstrate the fact that Pennsylvania voters are independent-minded thinkers who do not fall lock-step behind Planned Parenthood’s pro-abortion ideology. No amount of slick advertising or clever texts and emails can disguise the fact that Planned Parenthood stands for the taking of innocent, unrepeatable human lives and the devastation of the mothers who grieve them.

Evil may win some battles but will lose in the end, I read to the end of the book,

We are created in God’s image. How wonderful! Life is precious!!

The biden air caravan, democratic entourage flew over to Italy Scotland to promise more jobs internationally, were they the same jobs he and john kerry promised America 10 months ago that never came to fruition? just the opposite half of our energy force was terminated instead. instead. America is losing the war against our current energy crisis, one reason only, joe biden, gas/gasoline prices keep scoring, people are out of work, the joe bidens solution have the tax pay ors pay for his summer home fence, to the tune of half a million dollars, biden and you remember john kerry promised millions of jobs for Americans to install solar panels, well where are those jobs, the people who lost their jobs because of drilling stoppage and pipe line construction are still out of work, and the Countries energy crisis is still climbing in cost for all Americans. Crude oil is up 65% this year to $83 per barrel. Gasoline, above $3.50 per gallon in most of the country, is more costly than any time since 2014, with inventories at the lowest level in five years.Meanwhile natural gas, which provides more than 30% of all U.S. electricity and a lot of wintertime heating, has more than doubled this year to $5 per million Btu. Even coal is exploding, with China and India mining as fast as possible. The price of U.S. coal is up 400% this year to $270 per ton. The situation is considerably worse in Europe, where electricity prices have quintupled and natural gas prices have surged to $30/mm Btu—the energy equivalent of paying $180 for a barrel of oil. All this is feeding into the inflation loop, pushing up the prices for energy-intensive All this is feeding into the inflation loop, pushing up the prices for energy-intensive metals like nickel, steel, silicon. Fertilizer, mostly made from natural gas, has ramped past 2008 record highs to nearly $1,000 a ton, obliterating the $300 to $450/ton range of the past few years. We have someone in the oval office who has no industry experience, has hired people with even less industry experience. Guess what America lies are out and Republicans are returning to the fight. Viva Virginia

Hopefully, these judges will demonstrate some judgement. Hopefully, they’ll see this is not the business of government. It’s a private matter between obstetrician and patient. It should be a matter for doctors — not the AMA or any other massive association. At worst, it could become a discussion topic for ACOG (American College of Obstetricians and Gynecologists).

But clearly, such associations should not have the authority to punish anyone. And just as clearly, these conclusions obviously would deny taxpayer money to the government or especially, any private organization. That too is a private matter for those who approve and contribute as well as those who disapprove and refuse to contribute.

I don’t agree with the prolife movement, Some of us believe in women’s rights.

Just as I believe in your right to commit murder of a living human, the law believes in the states right to put you in prison for life for that murder.
When sperm and egg join, in your womb, it becomes the host for a new human, within minutes that human has its own DNA, completely separate from either the egg donor or the sperm donor. DNA is now recognized by every court in the world as the legal identifier of a separate person, an individual, which by the Constitution and Bill of Rights, has the absolute Right to Life, Liberty, and the Pursuit of Happiness.
At the time of Roe v Wade, DNA had not been accepted as the legal identifier of an Individual Person… it is now accepted by every Court in America.
Please demonstrate for us the exact law which gives women the right to kill another legally identifiable individual.
Until you can do that, please place an aspirin between your knees and keep it there.

TIME TO DRAIN BABY MURDER SWAMP. GRAVEYARD IS SCREAMING FOR THEM.

It is long past time for voting the progressive Democommies out of office. I commend and congratulate the citizens of Pennsylvania for their positive action. I ask that they would continue this positive trend at the voting booth in 2022 and 2024. Well done PA.

If you are too lazy to get birth control, which is available and sometimes even free from health departments, using abortion as birth control is wrong. Don’t want a baby, don’t get pregnant period. I don’t want taxpayers funding abortion. Planned Parenthood makes millions selling aborted baby body parts.

I don’t agree with abortion, HOWEVER, to simply say someone is lazy for not using birth control as if that is the only reason someone gets pregnant is incorrect. I actually have 3 children all conceived while USING birth control! I have 3 grandchildren born to a daughter whose husband had a vasectomy (obviously failed). Birth control doesn’t always work. But I am against Planned Parenthood and what they are doing as well as against abortion.

“Murder Inc.” gets $1.5 million EVERY DAY from taxpayers. They then turn around and give $$$ to the DIMMs. Sounds a lot like money laundering. At some point maybe we can use RICO against these baby killers!