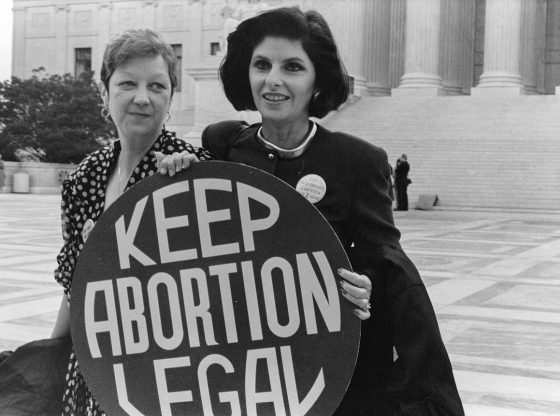 Forty-nine years after the United States Supreme Court’s Roe v, Wade and Doe v. Bolton rulings, a new Marist poll finds only 38 percent of women and 36 percent of all Americans support the general principles outlined in those decisions, and half of women and all Americans believe abortion should be outlawed as a routine form of birth control.

On Jan. 22, 1973, the Court issued a pair of rulings on abortion, in cases brought by liberal activists seeking to overturn abortion bans in Texas and Georgia.

In Roe v. Wade, the court struck down a Texas law restricting abortion, declaring it a constitutionally-protected right through the first six months of pregnancy, after which a child was largely considered “viable” and able to live outside the womb.

In the lesser-known Doe v. Bolton issued at the same time, the Court went even further and struck down Georgia’s abortion ban, declaring abortion a protected right through all nine months of pregnancy.

But while the mainstream media and political establishment paint those positions as mainstream and the only allowed thought, polling finds most Americans find it repulsive.

When asked “which comes closest to your view of what the Supreme Court should do when it reconsiders Roe vs Wade, the 1973 ruling making abortion legal in the United States” only 38 percent of women and 36 percent of all Americans said the Court should “allow abortion to be legal without restriction at any time.”

Forty-three percent of women and forty-four percent of all Americans said the Court should “allow certain restrictions on abortions as determined by each state,” which essentially overturns Roe v Wade.

illegal,” for a total of 60 percent of Americans who essentially want to overturn Court-legalized abortion.  Three percent of both were “unsure.”

But when asked to choose one of six specific positions on abortion, support for the Roe and Doe rulings dropped even more.

Just 20 percent of women and 17 percent of all Americans said they believed abortion should be legal through all nine months of a pregnancy, the general ruling in Doe v. Bolton.

Only 10 percent of woman and 12 percent of all Americans said abortion should be legal after six months, the general ruling in Roe v. Wade.

That’s a total of just 30 percent support among women for abortion after viability, and 29 percent overall.

The opinions expressed by columnists are their own and do not necessarily represent the views of AmericanActionNews.com

Tiny fraction of PIG WHORE ANIMALS SUPPORT IT. You can not be Christian and condone baby murder. The pos politicos who claim they are Christians but support baby murder should not be surprised by a terminal disease diagnosis. NOT ONE OF THEIR LIVES IS WORTH A DAMN. A TOILET FULL OF DIARRHEA HAS MORE INTEGRITY, SENSE, VALUE and BRAINS.