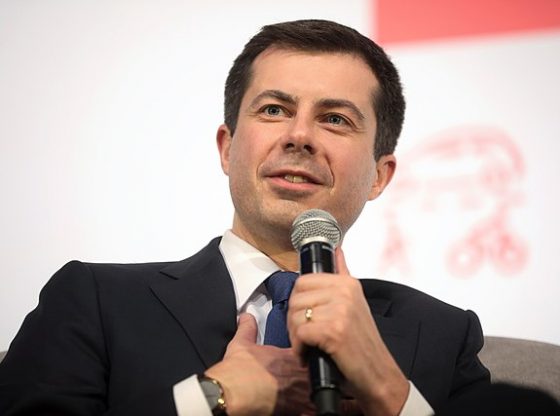 Leftists are in a rage-filled frenzy over abortion – enough to attempt to harass Justice Kavanaugh while he was eating dinner in Washington (not to mention trying to assassinate him). And failed democratic presidential candidate turned Transportation Secretary Pete Buttigieg doesn’t seem to have a problem with it, as he defended the hecklers’ actions according to an article by Salon published July 11.

On July 8 protestors swarmed outside of Morton’s in downtown DC, where Kavanaugh was eating dinner, to voice their outrage over the Dobbs verdict. Left-wing activists forced Kavanaugh to abandon his dinner and escape through the back of the restaurant with his security detail. The incident was rightly condemned by the restaurant

Pete Buttigieg seems to be okay with public harassment and stalking of Supreme Court justices, saying per Salon, “Remember, the justice never even came into contact with these protesters, reportedly didn’t see or hear them…And these protesters are upset because a right, an important right that the majority of Americans support was taken away.”

Right. Just because someone attempted to take Kavanaugh’s life in the wake of Dobbs doesn’t mean Democrats should try to lower their supporters’ temperature.

Doesn’t seem to be an end in sight for all the stupidity that’s running the government.

NOVEMBER is our only chance to get things under normalcy again.

OK Buttgigger. Since you seem to think that it’s OK to harass government officials who make decisions that you don’t like then you certainly shouldn’t mind when people harass you and your boyfriend because of decisions that you made that they don’t like. After all we’re supposed to be all about fairness and equality these days right?

ONLY if it fits the Libtards’ agenda.

We know democrats will never ever tell their supporters to calm down. Its only when they are protested against is when the “great insurrection” is touted. My question is – Does anyone in this administration ever spend ANY time in DC attempting to solve the problems this nation is facing. Come Nov 2022 and 2024 lets give them a permanent vacation.

Pete Buttigiege is a law-breaker who is being protected by by another law-breaker, Merrick Garland. Both know the federal statute (18 USC 1507) regarding the intimidation of judges and the prohibition of protesting in front of their homes. If the Republicans retake the majority in November, they had better indict Garland and Buttigiege and then impeach both for breaking the law. Unless and until we begin to see some concrete indictments and convictions, things will never change.

Buttigieg is incompetent…NO ONE’S “RIGHTS” were taken away….the Supreme Court correctly returnede the issue of abortion to the STATES, where the PEOPLE’S elected represenatives make law…….the Supreme Court PROTECTS people rights iunder the Constitution NOT THE OPPOSITE. …BUTTIGIEG is a disgrace.

As usual Democrat lie to the general public because they know it’s been dumbed down enough for them to get away with telling that abortion won’t be available with the SCOTUS decision. When in fact blue states like Kalifornia and New York will have an open arms policy to still be able to kill your unborn child.

This will end. Tick tock. When we have had enough it will end.

Joe Biden President, loves this Country so much he does not want to see his fellow Americans hurting over high gasoline cost, high energy cost, shortages, have decided to take the risk of our Nations National Security and use our National Reserve oil to lower gas prices at the pump. Mr. President, Hunter is on the line, say what, will have to ship that oil to China instead, what about your promise to the American people. The world would like an answer to that question.

It’s so disgusting and disturbing that this fool (who is in a minority group), wants tiny, innocent human beings to be killed. How does he feel about Muslims who want the “right” to kill homosexuals? What a POC this idiot is.

Pete is just jealous ’cause HE can’t conceive. Wrong combination, I think.

Mayor Pete is just another lawless Democrat. He can’t even be civil. The end justifies the means over everything else.

And yet he and his husband each have new baby boys by surrogates!

Time for some good ol’ boys to show this twerp what real harassment is. I wonder who he thinks he is. Most of us believe his self-view is far higher than reality.

The gay Howdy Douty speaks yet says nothing,Demands to the US from China? Russia get richer, over it’s oil and gas sales, China is getting our National security oil, US “non production” has caused the Saudi’s not to be able to keep up with world demand, great plan joe again the American tax payer gets screwed, won’t leave a vacuum for China/ Russia? BS.This is your energy policy for the US..

He thinks he can get pregnant as well, hell he took 2 months off for maternity leave while the transportation system of the United States was going sideways. He has been confused many times that he’s a big supporter of transgender policies.

The Alfred E. Newman-look-a-like states what the majority of U.S. citizens perceive to be inciting violence against our sitting Supreme Court judges. What else would one expect from such an obvious ‘butthead.’

This guy couldn’t run a city. Yet some dummy put him in charge of all the transportation in the country.