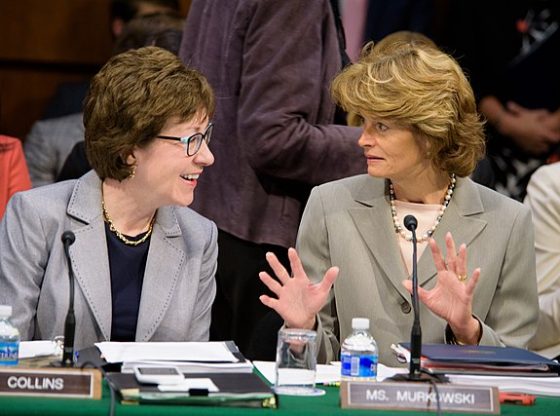 Their bill, which is unlikely to pass, would force states to legalize abortions for basically any reason without restriction up to viability and allow abortions up to birth for any widely-defined “health” reason. It also prohibits states from restricting contraception.

The legislation is similar to the so-called Women’s Health Protection Act, a radical pro-abortion bill that passed the House twice but failed in the Senate. Collins, a Maine Republican, voted against the bill because she said it would jeopardize conscience protections for pro-life medical workers.

Collins and Murkowski. Definitely not a surprise. I imagine that at some point in time that a pregnancy might have caused a negative effect on their political aspirations. Well ain’t that special? Somewhere along the way, the thought of children being “gifts from God” has gotten lost. Oops. I suppose that thought wouldn’t occur if one was an atheist.