The President Claims that Abortion is a “Basic Principle of Equality” 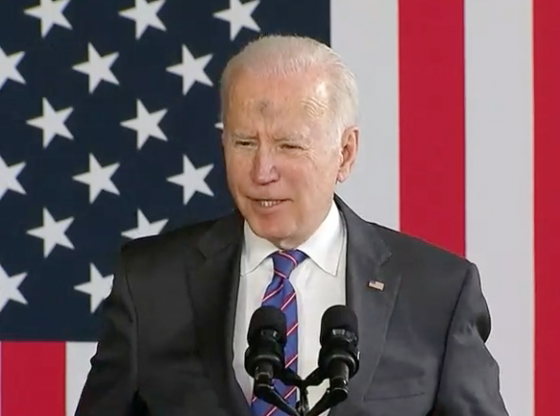 Yes, killing a child in the womb before they have a chance to even breathe their first breath promotes equality. Others are born and have the chance to pursue their dreams. Others have chances to fall in love, start a business, raise children, maybe see the Eiffel tower. But cutting a child’s life short in the womb promotes equality. Let’s not forget, as George Orwell would remind us, that some of us are just more “equal” than others.

Planned Parenthood’s annual report shows remarkable carnage. In 2020, the organization killed 383,460 helpless and innocent children. That’s a 30,000 climb from its 2019 numbers of 354,871. And it’s all about the benjamins. In that same year, the company brought in $1,714.4 billion in income. They’re doing that all while taking $633.4 million out of the pockets of you and me through taxation.

But Biden thinks this is promoting equlity:

Roe v. Wade reaffirmed the basic principle of equality – the right of each of us to choose how to live our lives.

A nationwide abortion ban is dangerous. Not just for choice, but for the personal autonomy of every American.

For every American? And unborn Americans… What about them?

In reality, abortion creates the most imbalance of nearly any action. One person has every ounce of power. The other is the most vulnerable and weak a human being could ever be. Abortion is a cowardly and pathetic act. It’s the worst form of hitting downward.

He was responding to Senator Lindsey Graham’s 15 week abortion ban. The ban still allows more than 90% of current abortions. It only stops abortions once the child can feel pain. How many Democrats can say honestly that a “fetus” isn’t a human being when he/she can feel pain?

Just last week, the Pope declared that unborn children are “sacrificed on the altar of profit.” If only he would call Joe Biden and Nancy Pelosi out by name. Even Europe has substantially more human abortion laws than we do. In fact, progressive France has more restrictive laws than the nationwide abortion ban Republican Senator Lindsey Graham proposed.

On Twitter, Wednesday, Pope Francis said the following: “Each day children, born and unborn, migrants and elderly persons, are discarded. Many brothers and sisters die sacrificed on the altar of profit, amid indifference. Yet every human being is sacred. It is the task of religions to remind the world of this!”

It’s time to stop pretending that killing children is okay. This is the moral battlefield of our generation and millions of children are counting on us to win the day.

If that’s true, why do the kill twice as many black babies than white?

this was the start of population control by evil people.
In the end God won’t have anything to do with them they are satan’s for eternity unless they repent

Maybe if that Dirty Dancing star kept on dancing she wouldn’t have got pregnant.